Thanks to Bobbi for hosting this link-up! Funny side story: I started to write this in December of 2017 for 2017 and I got so overwhelmed I never finished it.

I was determined to get it done for 2018 so back in January I decided to write this post as the year went so at the end of each month I’d add to the post.  I did pretty good the first half of the year and then I did June-November in November. I kept writing the task in my Bullet Journal and migrating it…until I realized how far behind I was.

I also finally broke down and paid for Dropbox Pro to make it way easier to get the photos from my phone to my computer. I was using Google Photos but then I couldn’t get the google drive to work on my computer without using all my computers memory. Anyway onto the photos.

In January the restaurant we work at was closed for 1 week for renovations. So we went down to Disney for a few days. It was a fun time and we got to meet some characters even! The best was we got a picture with the lantern from the movie Tangled (top right photo). 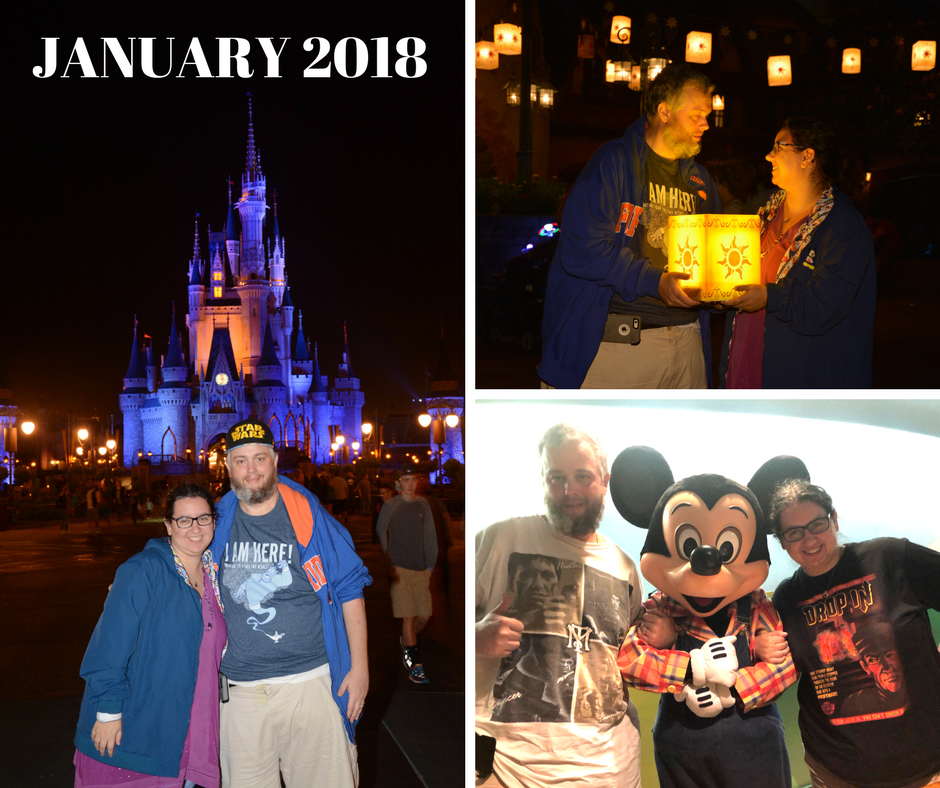 The lantern photo is one of my favorite photos. And there are so many people that haven’t seen Tangled or don’t remember this part because when I posted this photo on social media people were like why did you take a photo with a box?

Below is the video from where the lanterns are referenced in the movie. 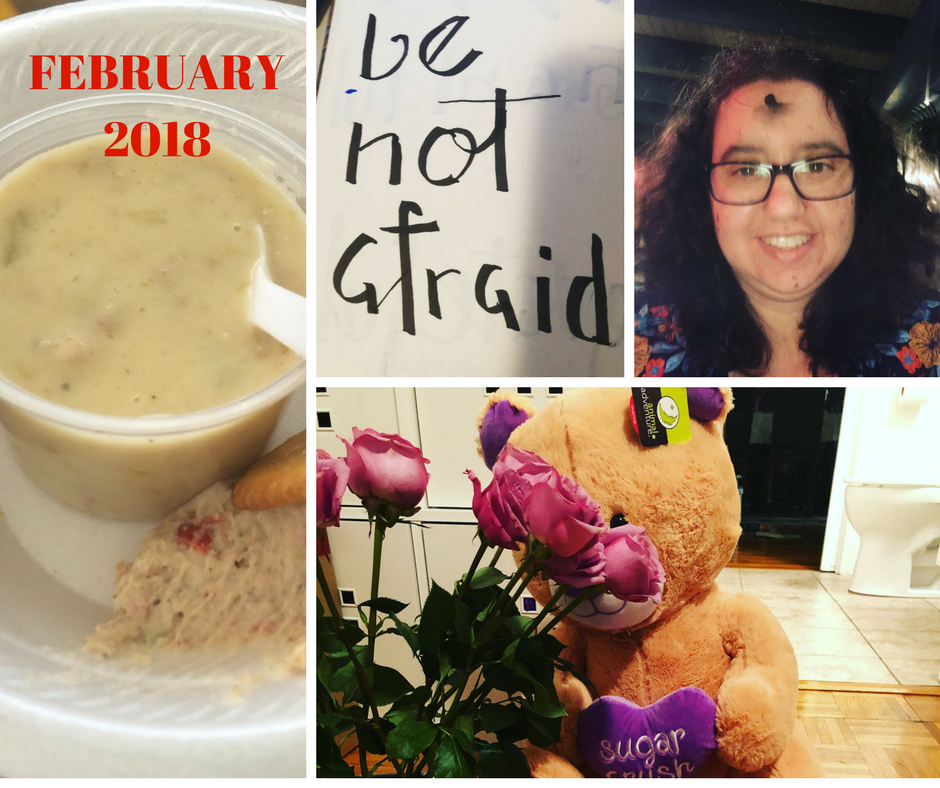 In February I went to the Chowder Debate. This event used to be in November but it was moved to February. I thought that was a much better time of year. I tried SO MUCH chowder and then the next day I went to the fish market and bought my favorite chowder and some crab dip they had free samples of from the Chowder Debate. SO GOOD. YUMMY. (and I served the crab dip as part of the appetizers on Christmas Eve)

Lent started on Valentine’s Day. Gotta share the #ashtag photo. And my husband spoiled me with a GIANT bear and some other treats.

Funny story about my Valentine’s Day Gifts. My husband is in Target almost once a week but of course, waited until the day before Valentine’s Day to go shopping and then complained there weren’t a lot of options. I told him he had no one to blame but himself. Typical male procrastination. Tsk. Tsk.

Then the last thing I got into in February was lettering/calligraphy/brush lettering. It’s been a lot of fun seeing my work progress and just practicing the different designs/patterns/drills.

In March I turned 32!! EEK I’m getting old! We went to one of my favorite restaurants that my husband didn’t like but he suffered through.

We went to the Eucharistic Congress and went to a St. Patrick’s Day Party with the Bishop at and other Young Adults. The Party was at a brewery which was pretty cool. We had so much fun we didn’t take any photos.

Rita’s Italian Ice always gives out free ice on the first day of spring so of course, we had to partake.

And in case you didn’t know March 10th is Mario Day. If you abbreviate March to MAR and put the number 10 next to it it looks like his name -MAR10 – MARIO. I know corny. But in one of my favorite game apps – Animal Crossings Pocket Camp they celebrated all month long and I got lots of Mario gear for my character to wear. 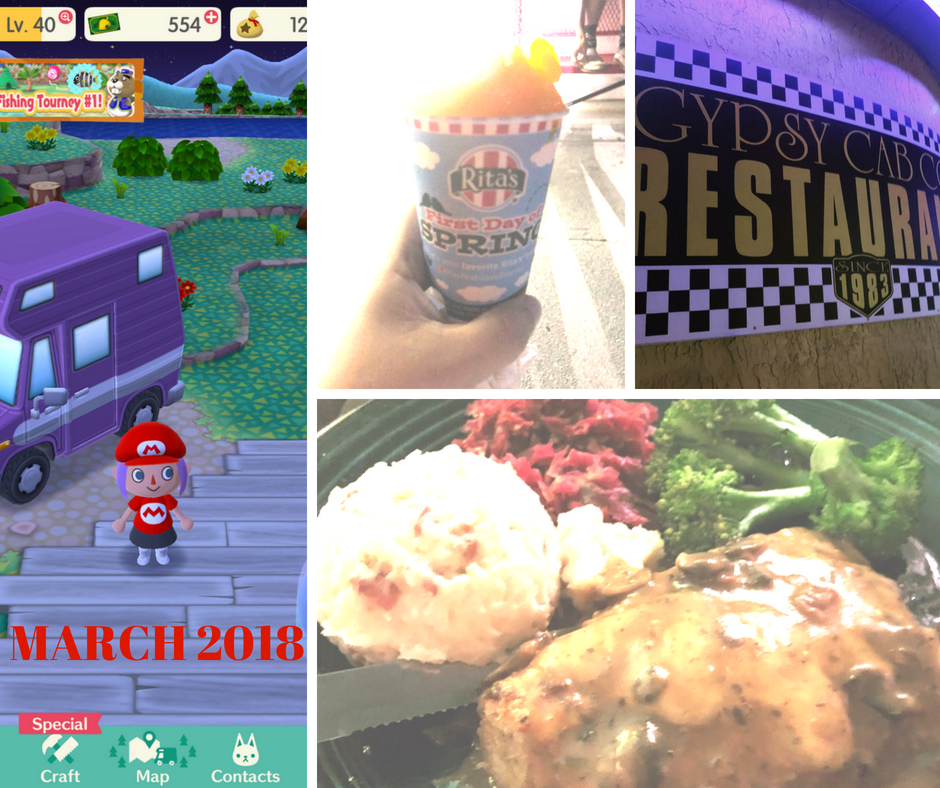 In April we celebrated Easter with Easter Baskets and I made an Italian Easter Pie that my mom said came out REALLY GOOD so that was an #ItalianWin. I spent way too much money at the Italian Deli and Target on Easter treats but hey it was a holiday and that is what the “EASTER” category in YNAB is for. And yes the Twix Easter Egg was as good as it looks.

Tom and I also celebrated our One Year Wedding Anniversary on April 22nd!! I was funny and bought toilet paper as the “paper gift.” We lost our cake when we lost power due to Hurricane Irma but I went to the bakery and bought us some cupcakes to help us celebrate. 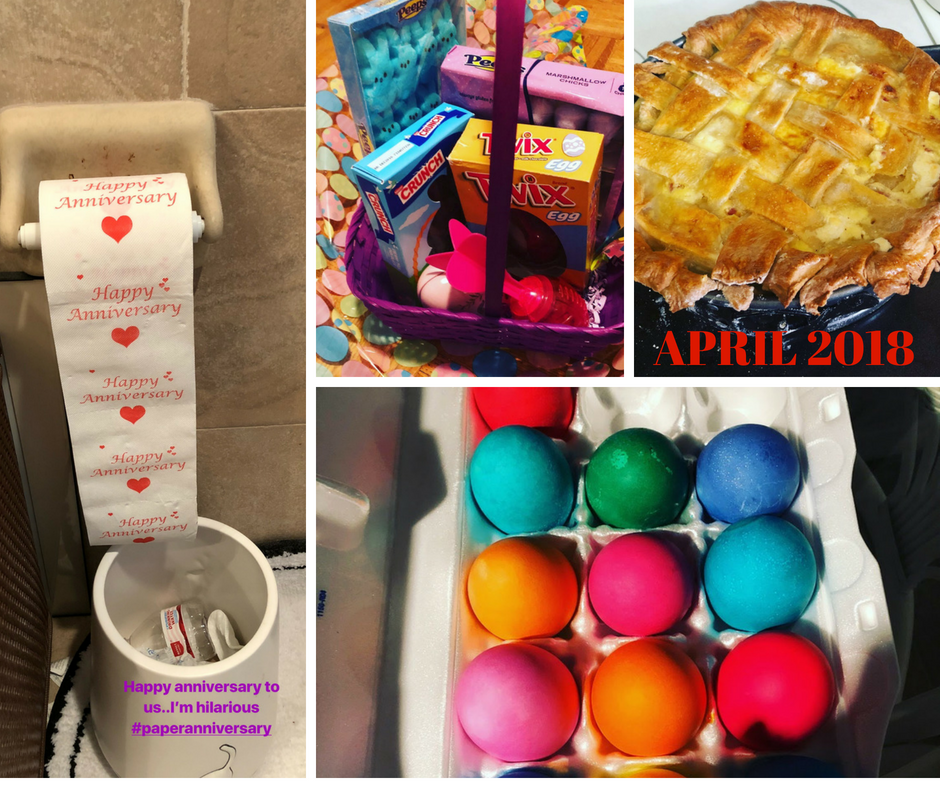 May was a very RAINY MONTH! We didn’t really do much. We had a few family get togethers for Mother’s Day, my nephews first communion, and birthdays. I learned how to brush letter CAPITAL LETTERS. Man those are HARD but I’m getting the hang of it.

We went and saw the last of our broadway shows – Chicago. I had never seen it and didn’t know that much about it but it was really good. It was a good last show. However, The Lion King was by far the best show we saw all season!

The last Tuesday of the month they have been doing these night time farmers market and I had a yummy grilled cheese sandwich and got some delicious desserts while I was there. Just living our married lives hanging out and having fun. 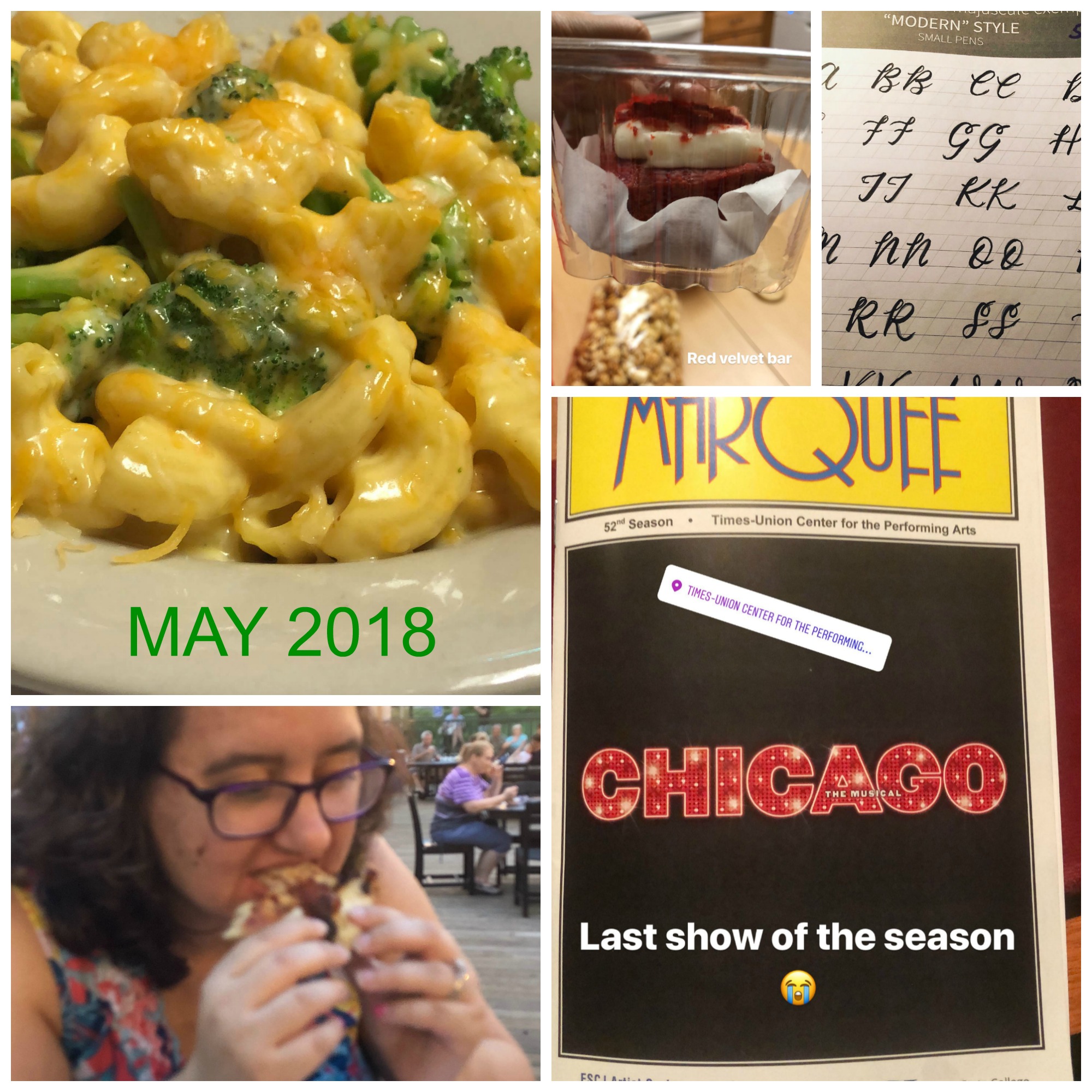 June was an awesome month! In June we went on a family vacation on an Alaskan Cruise! There was 16 of us total in the group. We’d been trying to do this trip for at least 5 years but my sister and I got married and we kept postponing the trip. I’m so glad I got to experience this with my husband and my family it was so much fun! If you ever get a chance to go do it! It’s so beautiful you can’t even describe it. 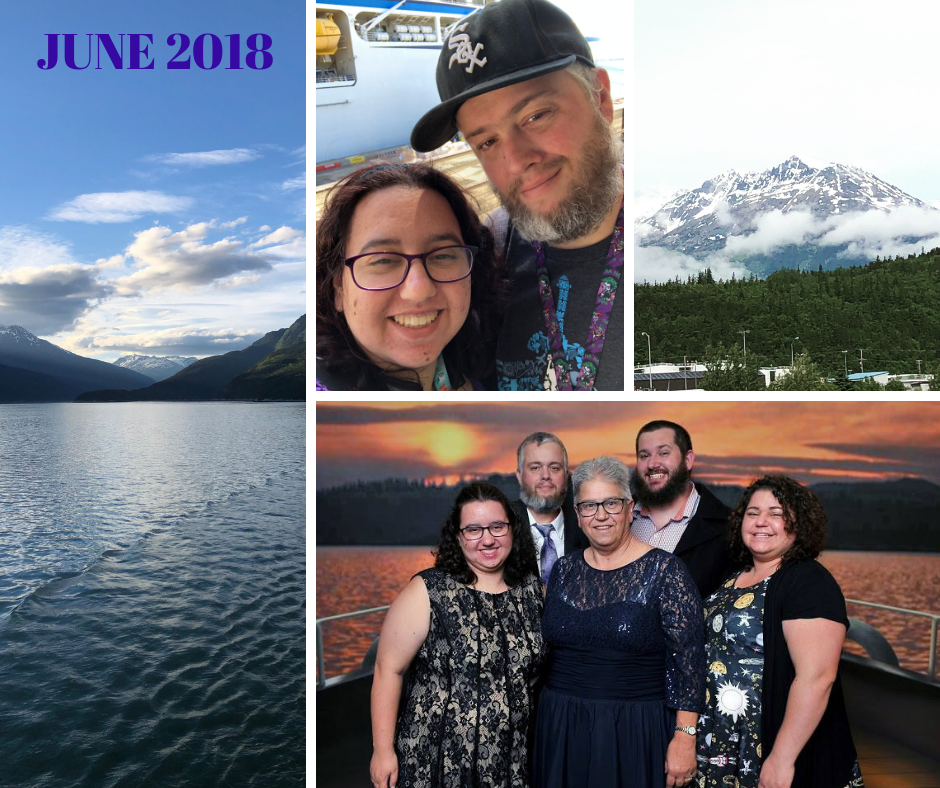 July is always a crazy busy month because between my husband and I’s families we have 7 Birthdays! There’s barely a free weekend. For this introvert it’s so intense.

We did manage to check out the new Toy Story Land at Disney World on a day trip that was fun. It was super hot and crowded the day we went but still very cool to see. Hopefully we get back there soon when it’s cooler and not as crowded. 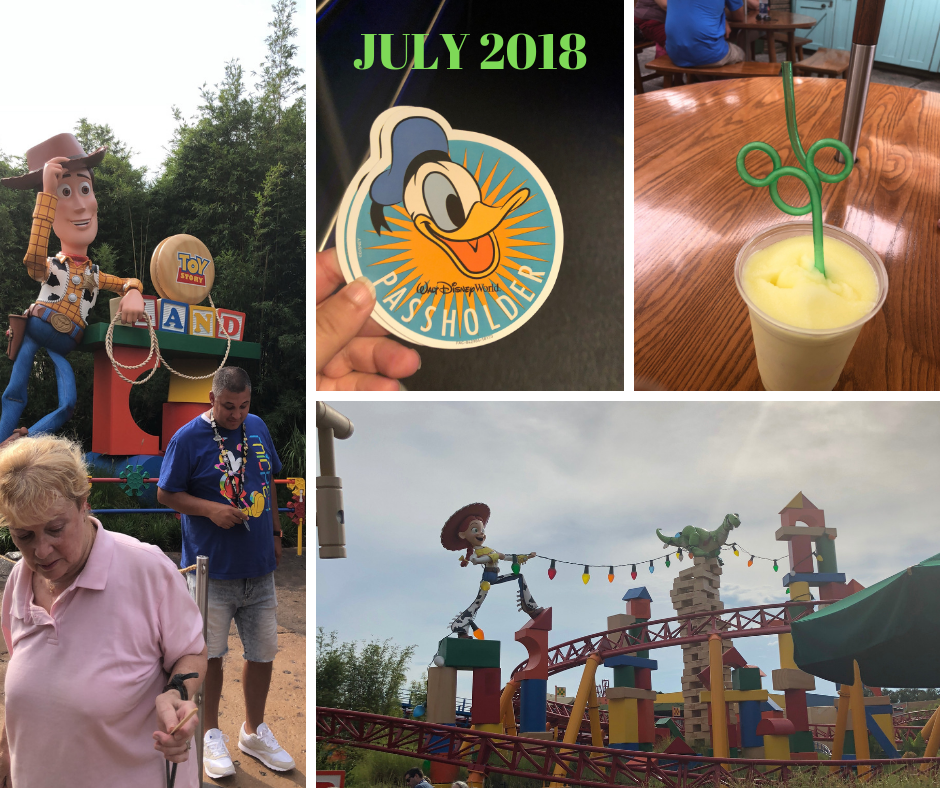 In August I went on a weekend trip to The Springs. The water is cold but it was fun. I also bought a new car! I love my new Rav 4!

I started to paint an acrylic picture of Mary. I didn’t finish but I call this my own rendering of her. 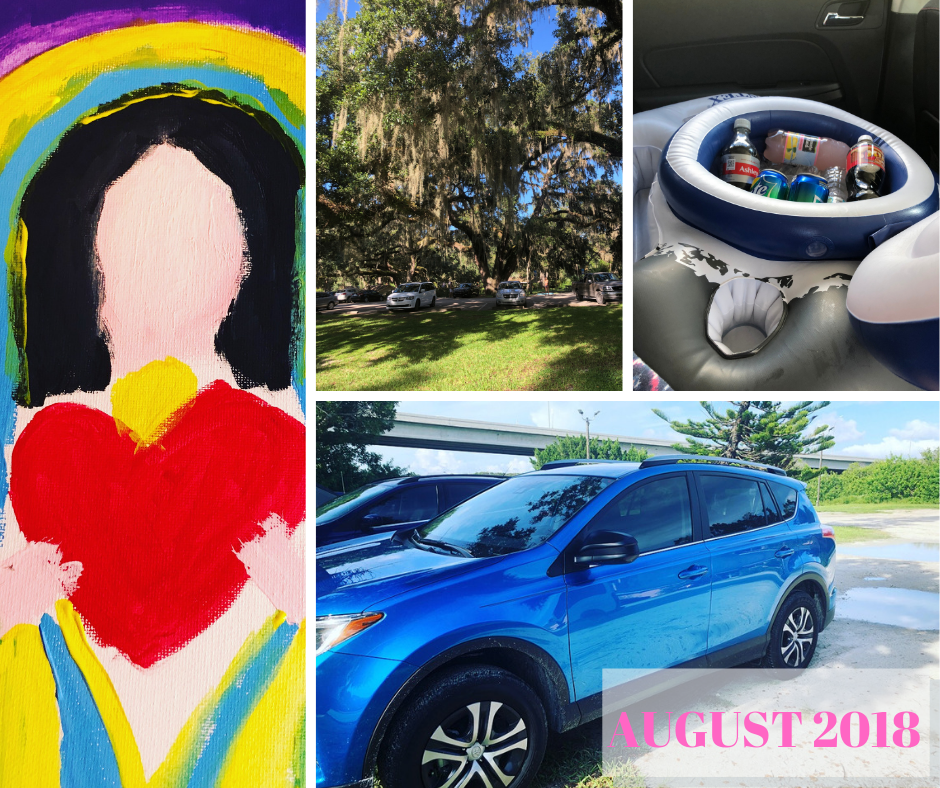 In September not that much happened as I didn’t really have that many pictures to choose from. I kept at my Brush Lettering Practice and I started learning and trying out different Bible Journaling ideas. 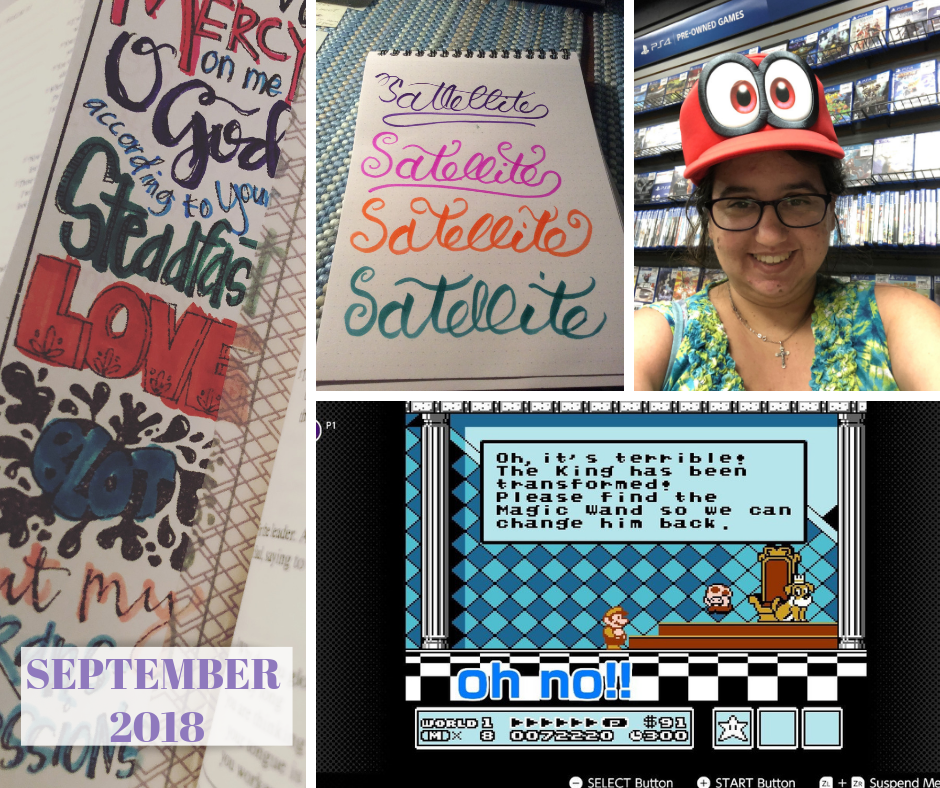 And the Nintendo Switch Online came out and I got access to old school games like Super Mario 3.

October 1 was St. Therese of Lisieux’s Feast Day and I made my husband buy me Roses. I also made us try on my flower crown. 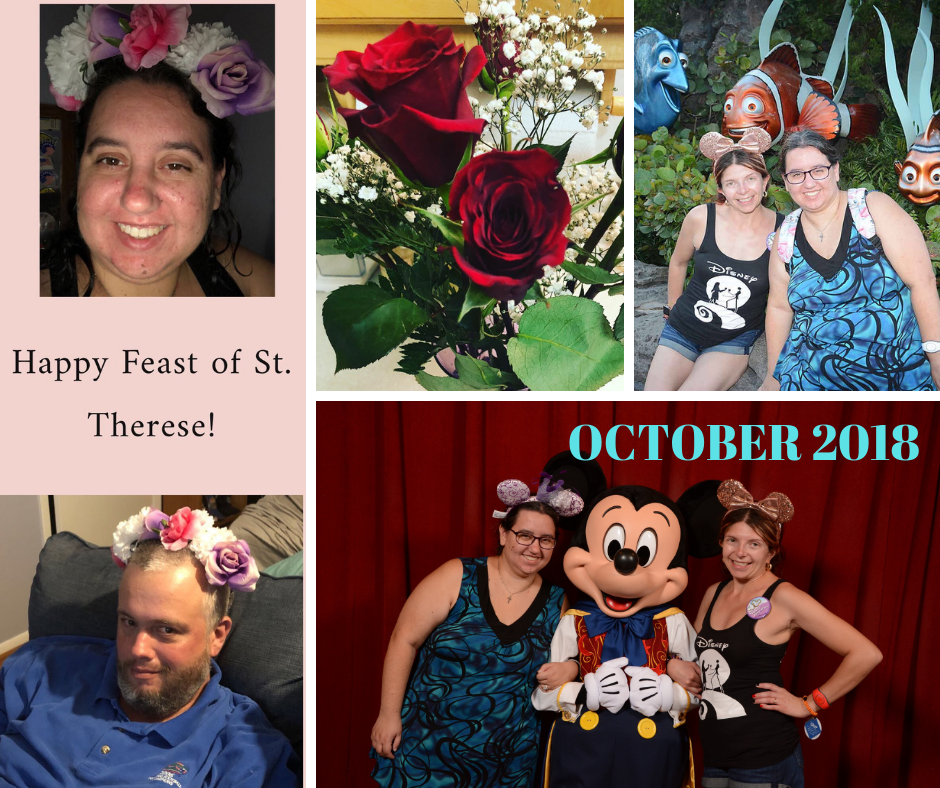 In November I was at this farmers market a little after Halloween and they had these pieces of a pumpkin cut up and they were calling it “Cinderella’s Pumpkin” like they broke from her broken carriage. I laughed way too hard at that.

We went to 2 Thanksgiving Dinners and I did not get one photo! I did do some Black Friday shopping but nothing crazy happened. Hallmark Movies are back on the TV and I’m keeping track with an app…and failing miserably I just do not have time to watch all the movies!

I also found a new Chocolate Chip Cookie Recipe that I LOVE! You have to use a kitchen scale to make it which they say is the most accurate way to measure baking ingredients and I think that is easier than using measuring cups anyway. My friend thinks there’s too much sugar and salt but they balance each other out because it makes DELICIOUS COOKIES. *pro-tip: I froze most of the recipe into little balls so I have cookie dough ready to bake on hand and according to the blog I got this recipe from that is a MUST* 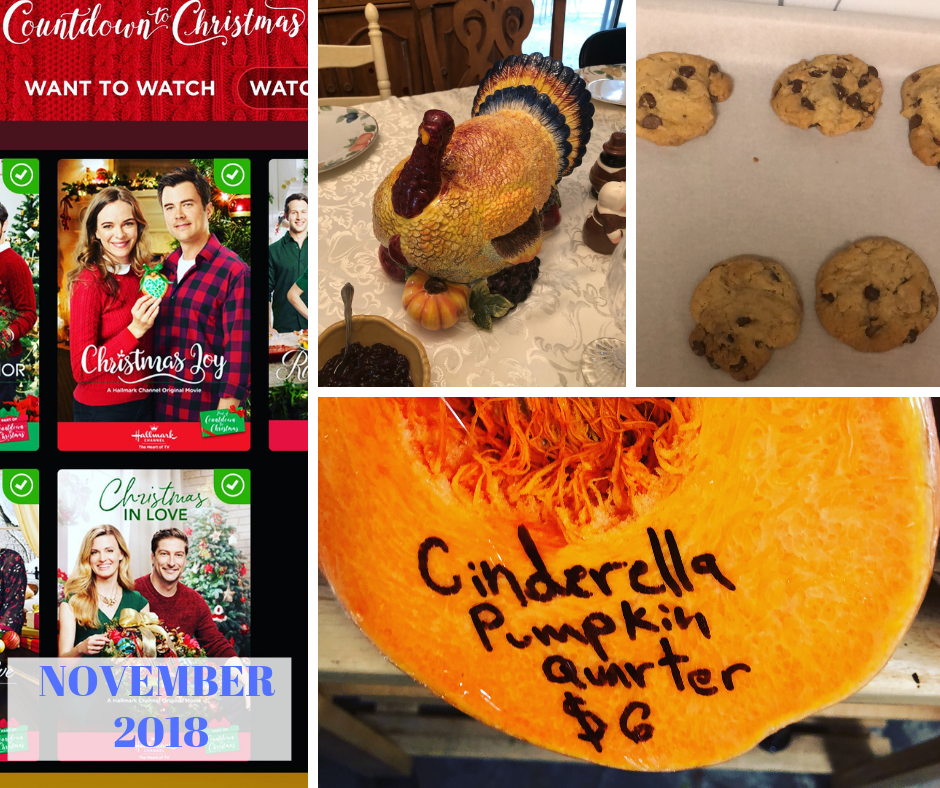 And last but not least we come to December. The busiest month of the year! During our First Friday Art Walk adventure we found this cool shop that has a PRAYER WALL inside that has thousands of prayers written down. It was really cool to see that in a store. If you follow the hashtag #threadsofgrace you can see all the different pictures and prayers of it people have shared.

We did lots of baking this month as well. Below is pictured these reindeer pretzels that look like they are from an episode of #NailedIt haha. We host Christmas Eve at our house and every year I take over the Appetizers and made this festive Christmas Tree out of Cheese, Grapes, Tomatoes, and Olives. I call it “Merry Cheesemas” 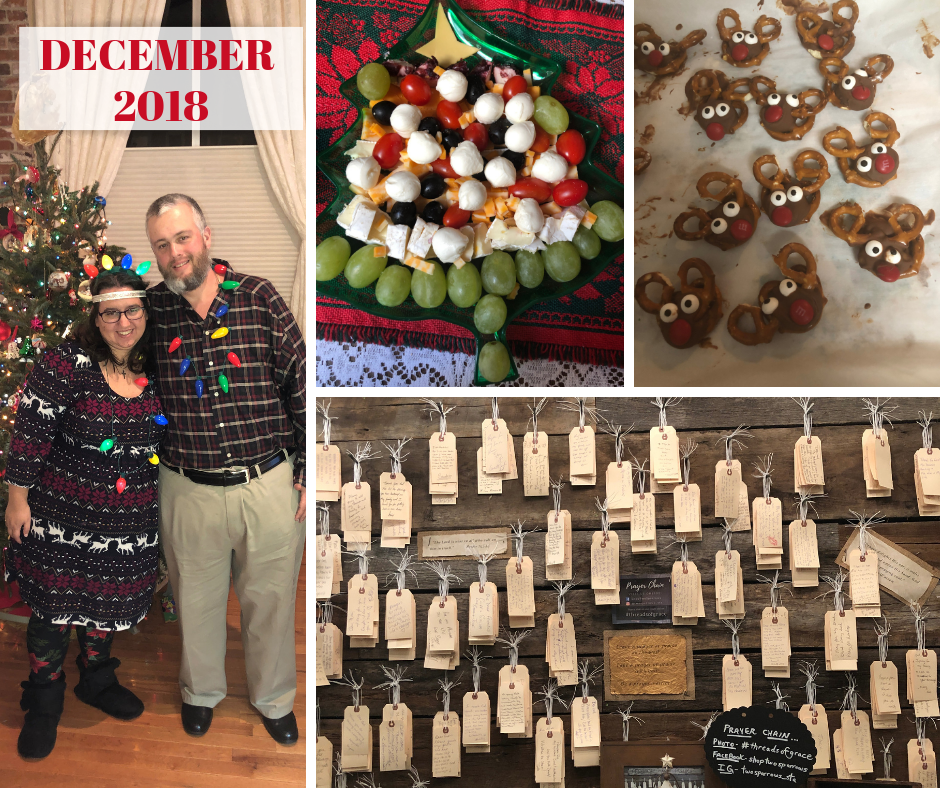 I hope everyone has a happy new year and had a blessed 2018. I cannot wait to see what 2019 has in-store for everyone.

Head over to Bobbi’s blog to read about everyone else’s 2018. I can’t wait to read some of your blogs.

All Saints Day Quotes
What does GOD want you to do?