So it’s August…how did that happen? I can’t believe I have a little bit more than 2 weeks before the Fall semester starts. I guess I need to finalize my classes and buy my textbooks.  I like school and learning so it doesn’t bother me and it gives me an excuse to live at Starbucks 🙂

My aunt texted me this cake photo last night. Actually it’s a cupcake cake. We all LOVE it for the Bridal Shower! Which basically has become my mom, my aunt, my cousin (one of the 4 bridesmaids), and I’s shower to plan. I hope we are able to find someone to make a similar cupcake cake! 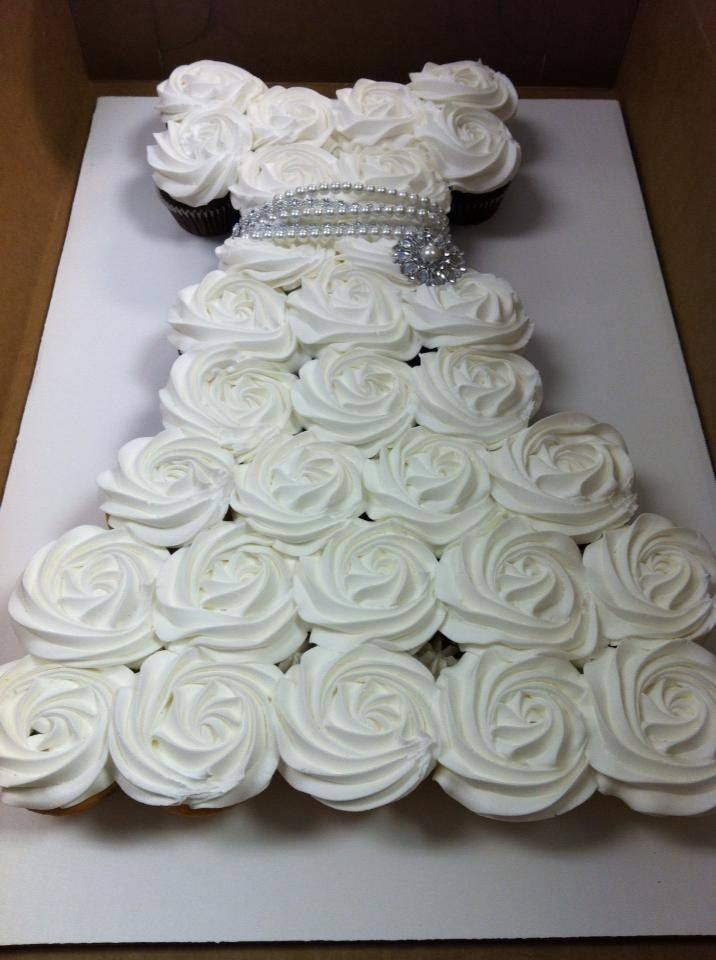 This week I decided I have got to do something to get a handle on where our money is actually going. I’ve been reading this book for twenty-somethings called “101 Sectrets for your Twenties” (which I will be reviewing in the next few weeks) and one of the tips was, “Never looking at your budget and never making a budget is the exact same thing.” Which is basically what we have been doing. We got to the point where we were creating budgets but then we weren’t so good at following it…or we might be following it but we aren’t really sure if we are since we aren’t really tracking anything.

So after asking around a lot of people have recommended You Need A Budget (YNAB) so I downloaded the free trial and we’ll see how we do in August and hopefully it will help us and I’ll purchase it at the end of the month. I’ve been wanting to get something but could never make a decision. I read a lot of varying reviews on Quicken and have heard the Mac version is awful. I have iBank for mac but I HATE it. It’s way too complicated and weird and single excel spreadsheets become to cumbersome. One thing I really like about YNAB is that it also has tons of free webinars, a blog, and a forum to chat with others. The forum even has a “Journals” section where people basically make a mini-blog about their financial journey. Sometimes having another community of people who are all going through similar things helps with the whole financial picture.

So has your cat ever purchased an X Rated movie for you? No?!!? How rude! But yeah I got our Comcast bill a few weeks ago and saw a $9.99 charge for an “X RATED MOVIE” while everyone was at work and my mom was out of town. So the only explanation was that one of the cats stepped/slept on the remote and ended up ordering the movie. My mom called about it and they were all “there’s nothing we can do about it…we ran a report and it was only on for 10 minutes blah blah blah.” Last night I went on the “online chat” people and told them no one was home blah blah blah and I wanted the charge reversed and the guy was happy to do it and then put a parental lock on the movies/tvshows you have to pay for. I think the online chat people are nicer than the phone people. 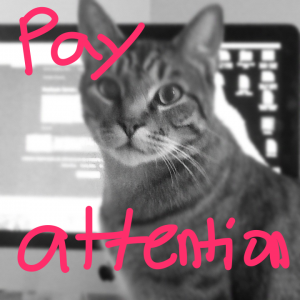 This is what happens when you don’t listen to him..

Speaking of online chat customer service reps….I LOVE THEM!! They are this introverts dream!! I can also multi-task usually while I wait for them to do whatever they are doing. Once I was able to even chat with one while I was at work.

This reminds me of the twitter conversation @ConversionDiary had about introverts and the pre-caller id/voicemail days.

Lately buzzfeed has had a TON of really awesome articles. I guess it’s summer so people have time to write them. I’m not sure. Yesterday I saw this one about harry potter and earlier in the week I saw this nostalgic one about my childhood. There have also been some catholic ones floating around.