I haven’t linked up to Five Minute Friday in WAY TOO LONG. The last few times I tried the words just made me write ranty/angry things that I ended up deleting. It’s been a rough couple of weeks apparently. I’m double dipping this Five Minute Friday with my 31 Days of Europe which may be interesting.

CARE. About 6 months before our trip to Europe my moms friend went to Rome on a whim. She had a good friend that was a seminarian studying in Rome and he got her several tour tickets. One was the Scavi tour. When my moms friend came back she emailed my mom all about it and told her that we HAD to go on this tour when we went to Rome in May. She emailed the seminarian and he scheduled everything for us and we just had to show up.

I remember people talking about this tour but I really didn’t know much about it but it was at the Vatican it couldn’t be bad. Apparently this tour is SUPER HARD to get into and you need to make reservations MONTHS in advance. They only take 1000 people a day? Maybe even less. And because of the small spaces they can only take people through in groups of 8. 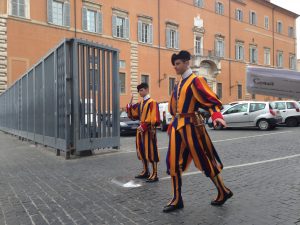 We finally get there and go through security and the swiss guards who care for the vatican told us we had to wait another 15 minutes. We were super paranoid about being late we were about 30 minutes early and apparently when it says you can’t get in more than 15 minutes early they were right. Finally we get in and we pay for the tour and we’re in this courtyard waiting for the tour guides to take us on the tour. There was this HUGE STATUE in the courtyard everyone took pictures of. That’s the last picture I took because you weren’t allowed to take photos on the tour. 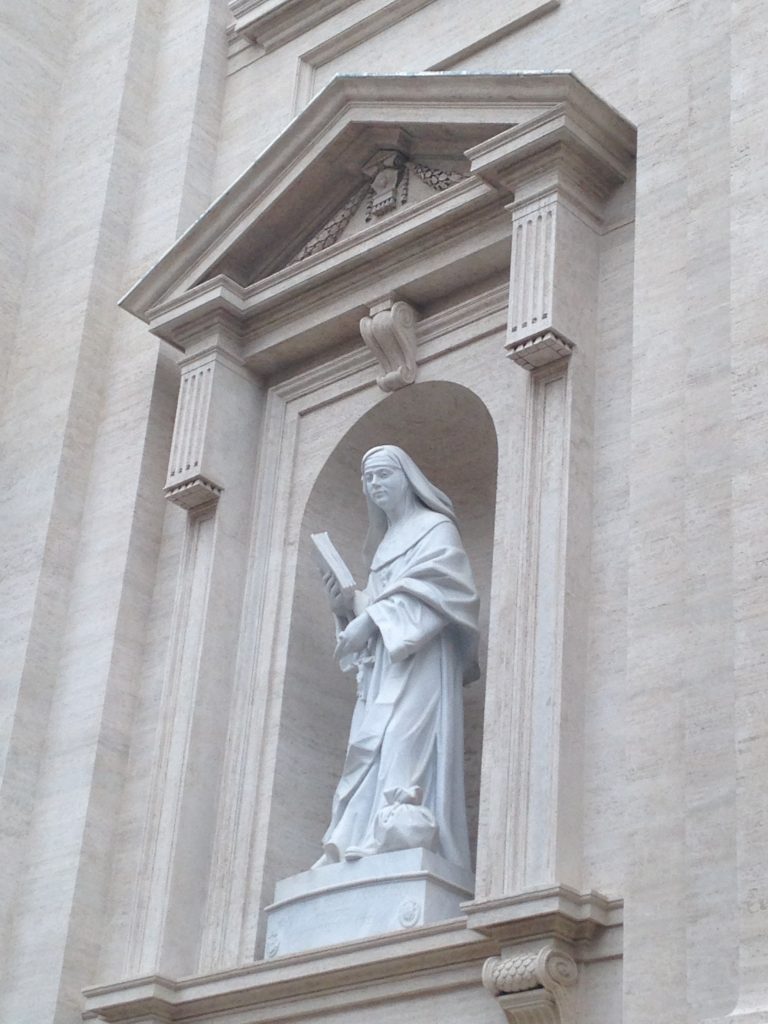 The tour takes you beneath St. Peter’s Basilica underground in what feels like a cave. There is very little light and the walkways are VERY narrow. Essentially it is a tour of these super old burial grounds.

The most interesting part of this tour was the care that these people took in burying the dead. They all had really fancy tombs and inscriptions on their tombs. I remember the tour guide made a big deal about the tombs with a fish on them because that meant those people were Christians.

At the end of the tour we were able to pray in front of St. Peter’s tomb. It was amazing to see in person the tomb of the apostle that started the church that so many people believe and pilgrimage to Rome to see. The next day I was able to see Peter’s tomb from above in St. Peter’s Basilica and it was cool to see it both places. 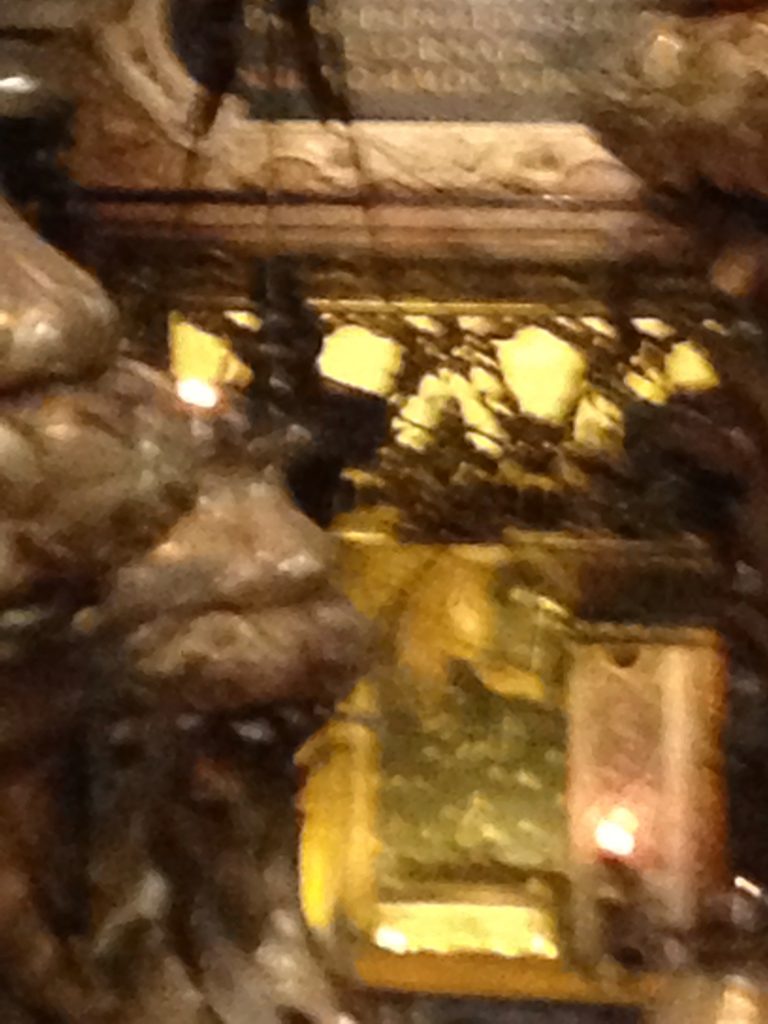