So at the end of our trip we ended up in London, England. Our air travel was set up to fly in and out of Frankfurt, Germany. To make our lives easier we just bought separate airline tickets in and out of Frankfurt. This was actually more economical and faster than taking the train as the flights were less than $100 each. In yesterdays post I talked about our flight from Germany to Paris. Today I’m at the end and we’re talking about from London to Frankfurt.

We took the last flight from London to Frankfurt in the hopes that we would do something in the morning before heading to the airport. In the end our hotel in London was REALLY FAR from everything (we had a hard time figuring out where to stay in London and failed at hotel picking) and we ended up just heading to the airport pretty early.

We got back to Frankfurt, Germany at about 11:30pm. We didn’t book a hotel room that night since our flight home was pretty early the next day and just hung out at the airport. Apparently this is a thing in European airports as there were TONS of people doing this. Or maybe we’re all just nuts. The only bad thing was we couldn’t check our luggage all the way home so we had to go get our luggage and wait till the airline opened at 4am to recheck our luggage. Just like Elizabeth we’re luggage checkers.

When you spend the night in the airport you run can do some interesting people watching or shenanigans. Number 1 rule in Germany you must eat pretzels so off to the snack bar I went! 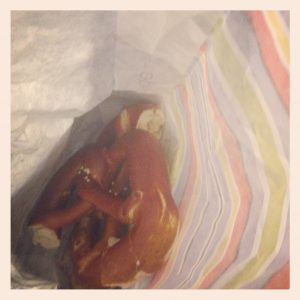 At one point we were in search for a place to charge our electronic devices and found a Starbucks. Everyone was literally waiting for it to open it was PACKED! I was sitting in this really comfy chair in the Starbucks and I kept hearing this piano. After awhile I got up to investigate and found this awesome grand piano. 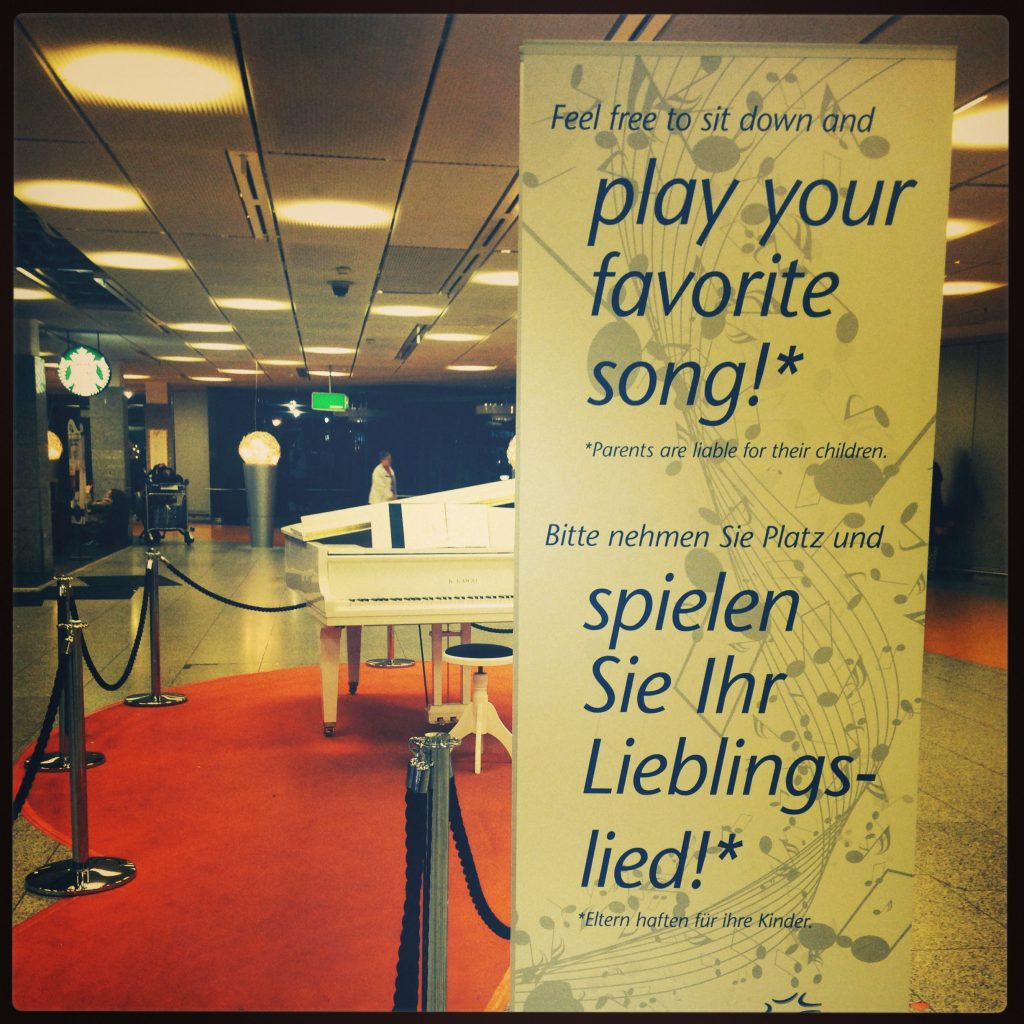 As a creative person and former piano player I thought this was super cool! I sat down and played a few notes but I was pretty sleep deprived at this point and not sure I got much out beside Mary Had A Little Lamb. I posted this picture on instagram and a ton of my followers also thought this was super cool that the airport/Germany was encouraging people to be creative.

In 1980 my mom and Dad went to Europe for about a month. One of the areas they went was Austria/Switzerland and they bought a Cuckoo clock. Yes that wasn’t a typo. A future post will be about all my weird souvenirs. Apparently it’s an inherited trait. So during our entire trip my mom was all, “I want a new Cuckoo clock!” We really weren’t going to the right region to find one. The closest was the airport in Germany and like all airports the Cuckoo clocks we found were VERY OVERPRICED!

Yes that isn’t a typo that Cuckoo clock cost 299 Euros! Depending on the day you are converting money that is about $400! So like the good deal finder I am I took pictures of all the cuckoo clocks in the airport and when we got home we looked for them online. My mom found one on ebay for about $100. I have no idea where it was made or came from but she is happy with her purchase. 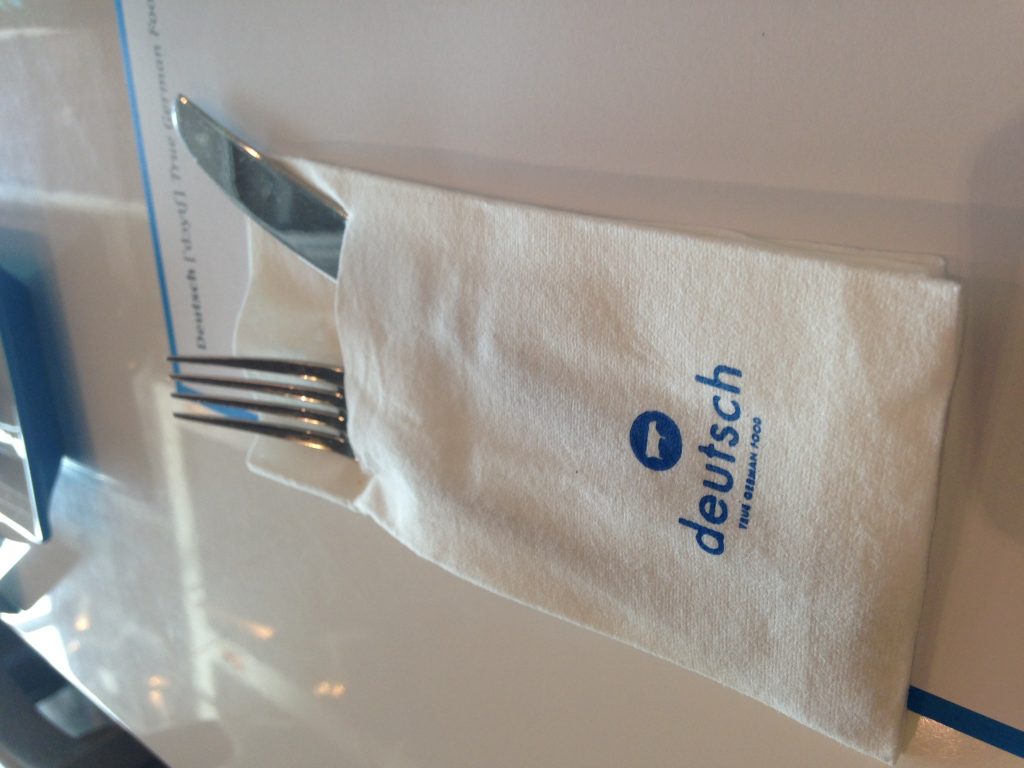 Before we got on our plane back to America we ate in a German restaurant in the airport. My mom had Strudel and it was SOOOOOOO GOOD!! I remember one time when I was little my Dad went to Germany with his students and he bought this contraption to make homemade strudel! I remember having it as a kid and it was pretty good. Now that the internet exists I need to research this contraption and buy one.

After we had lunch it was time to get on the plane and head home. I remember it was an interesting flight because our adventure was ending but most of the people on the flight were just beginning their adventure to Disney World!