For what it’s worth on this 31 Days of Europe challenge I am going in absolutely NO ORDER. I’m just picking random cities and deciding to write about them. Maybe towards the end I’ll do a post on the actual route we took. The last post I wrote about my trip to Europe was my last full day in Athens, Greece.

The following day my school group headed home and I met my mom in Frankfurt, Germany where we had a connection. My mom and I then flew from Frankfurt, Germany to Paris, France. We didn’t know what the airport would be like, what kind of delays we might have, or how long it would take for us to find each other (that airport is HUGE) so we took the 7pm flight from Frankfurt to Paris instead of the 3pm or 5pm flight.

It was about lunch time when my mom and I finally found each other. We both landed between 11 and 11:30. Our original plan plan and intention was “oh just meet at the baggage claim” which seemed logical b/c we were flying the SAME AIRLINE. Except that airline comes out on baggage claim A and B since it’s a major hub. Thank goodness for free wifi in the airport we were able to somewhat communicate with each other and after going back and forth we finally found each other! PHEW!

Since we had about 5+ hours to kill before our flight to Paris we decided to check our luggage and take the train into downtown Frankfurt to walk around and find the Cathedral (we’re catholic nerds like that – you should have seen the lady at the tourism information desk when we asked her if she knew where the cathedral was! HA). 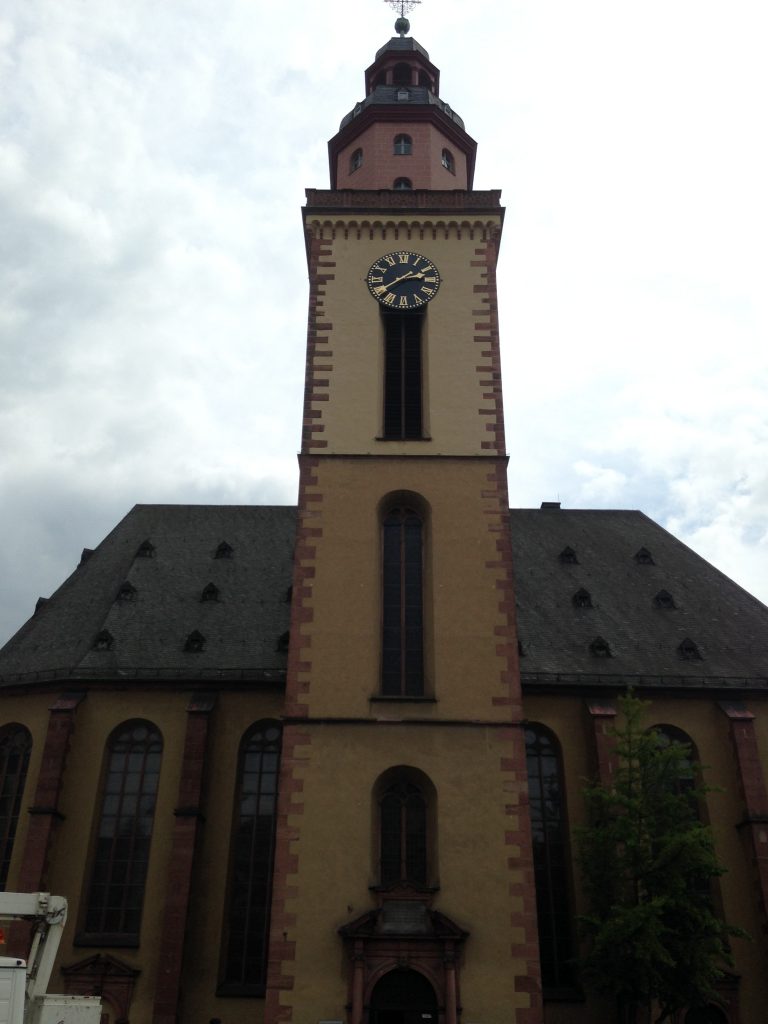 The first church we found was this church. It was a methodist or lutheran church…I can’t remember because we saw one of each. Which made me think I have NO IDEA about religion in Germany. What is the predominant religion? I have no idea. I’ll put that on my, “Things to google later list.”  The inside of the church was very pretty. 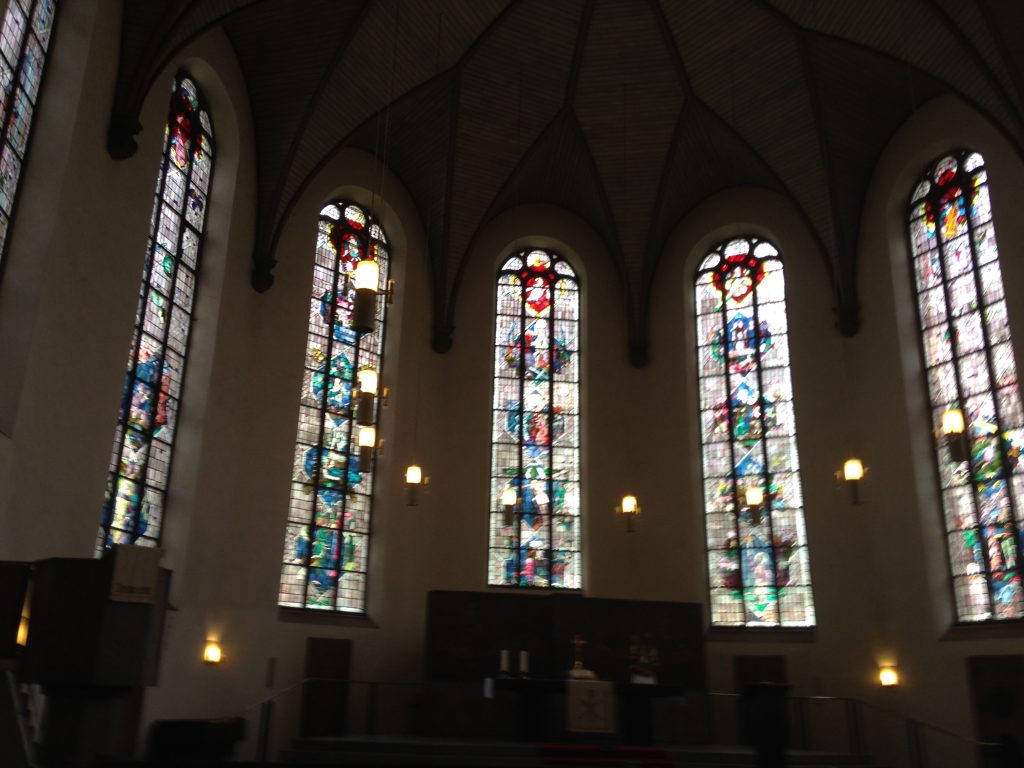 By the time we got downtown we didn’t have that much time and due to the construction we couldn’t figure out how to get to the Catholic Cathedral but I was able to see it from afar. 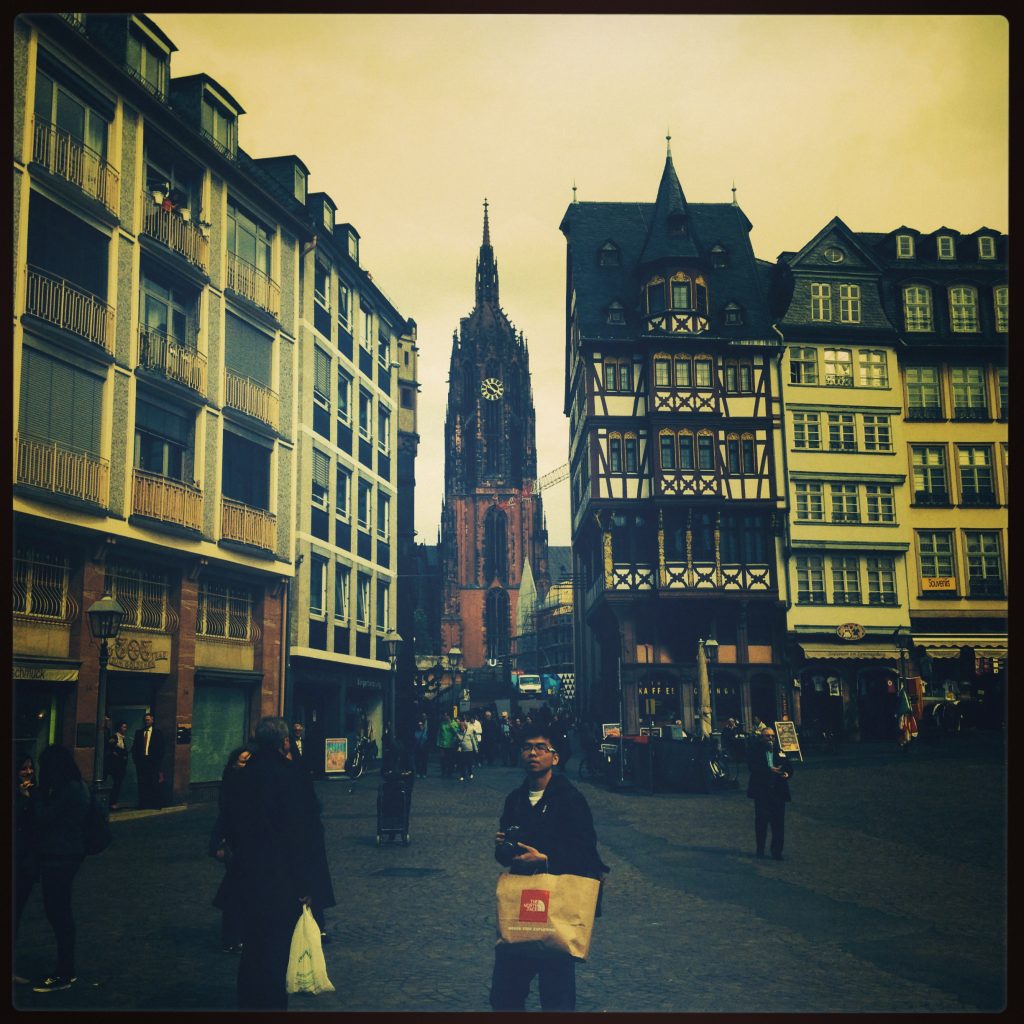 My friends on instagram said they thought Downtown Frankfurt reminded them of Harry Potter. I thought the same thing. I also thought that Disney defiantly did their research for Epcot because Germany in Epcot and Downtown Frankfurt, Germany looked VERY SIMILAR. Apparently this comment offended many hardcore Disney fans as Epcot is based off another city in Germany. 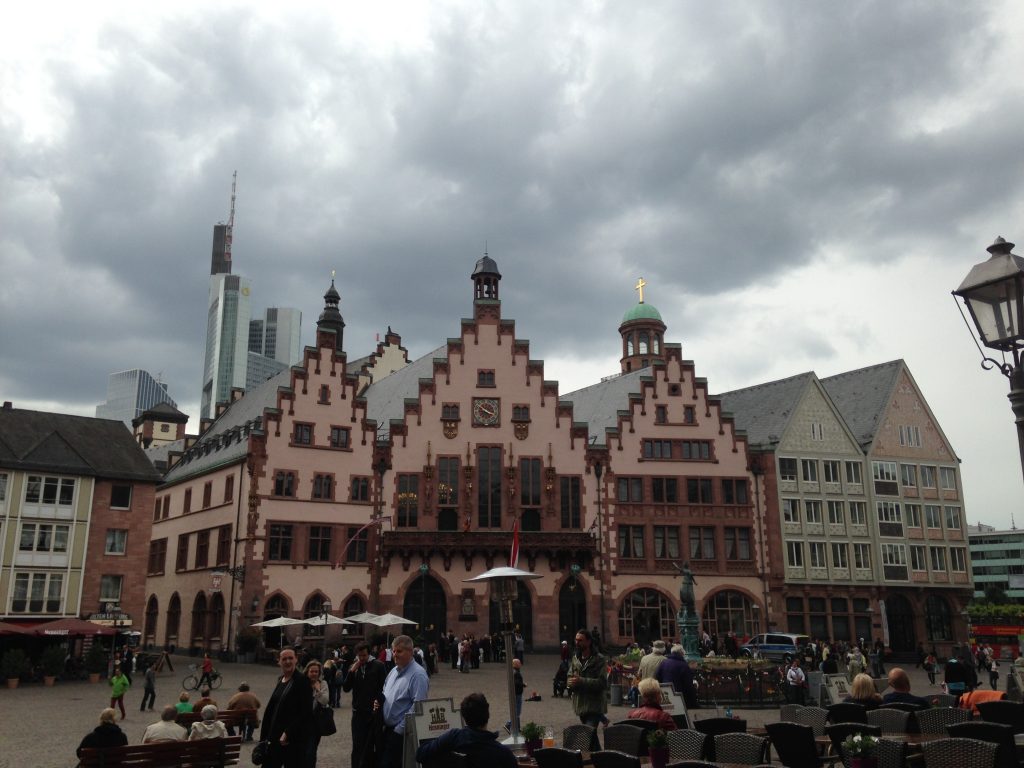 In the picture below by the umbrellas we got real german bratwurst and pretzels before heading back to the airport. It was soooo good! I don’t think I had any bad food while we were in Europe. 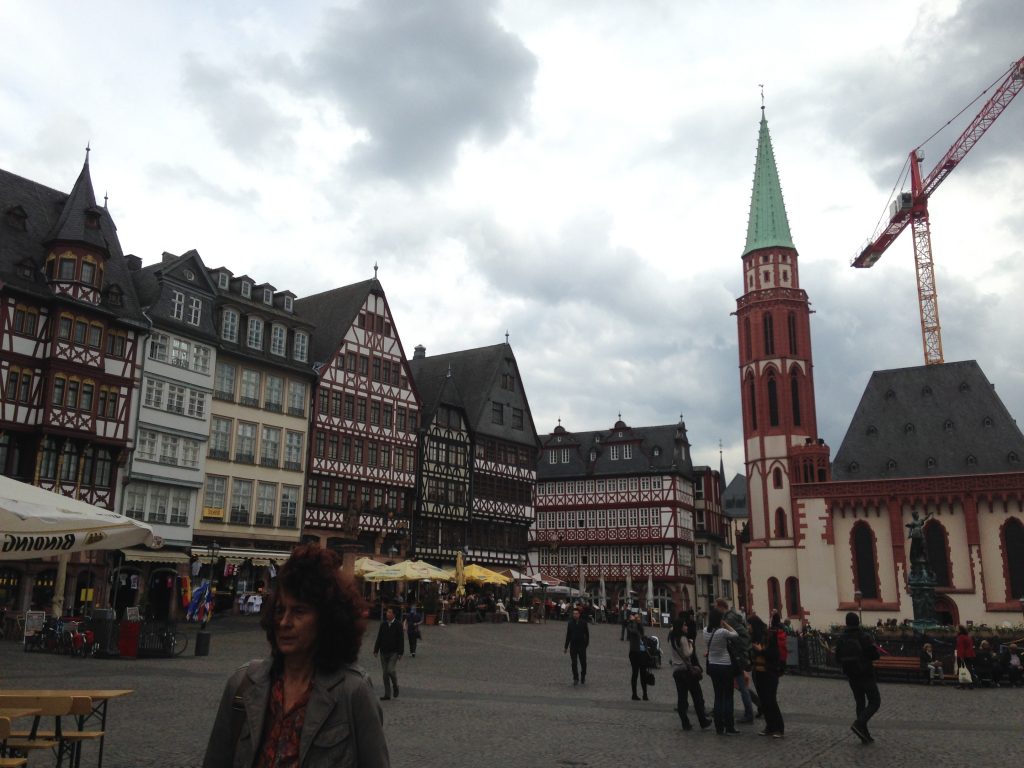 Here is a close-up of some of the buildings. I really LOVED the architecture of all the buildings in Frankfurt. 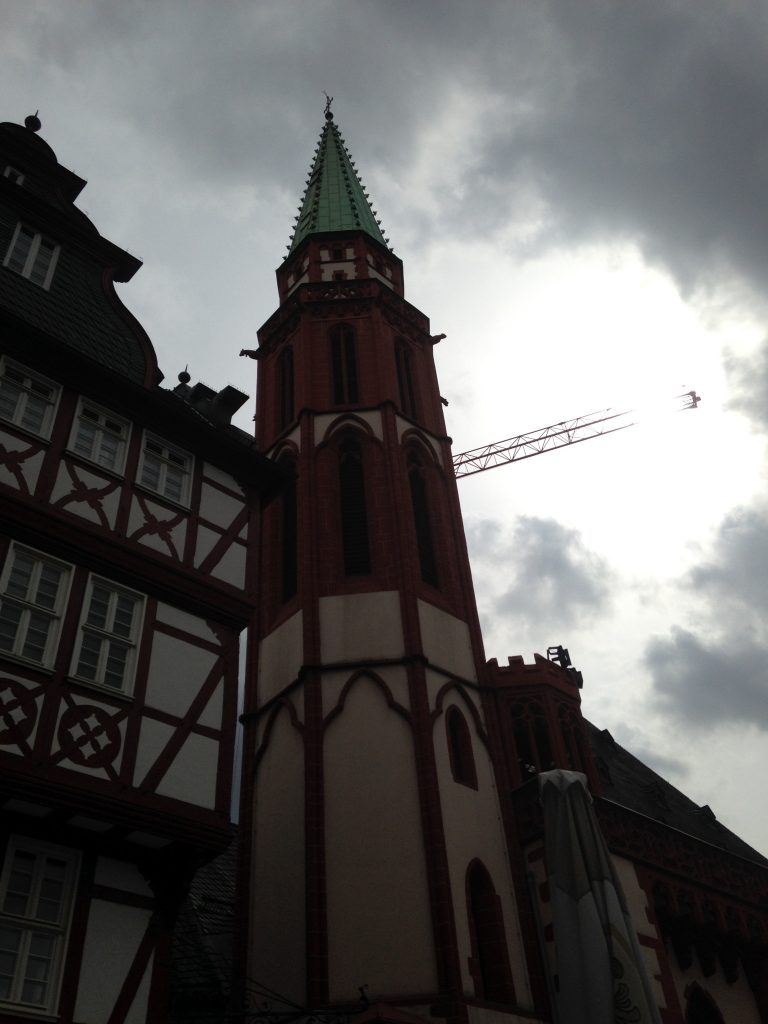 By the time we ate and walked around it was time to catch the train back to the airport and go back through security and catch our plane to Paris. It was fun to get to walk around Frankfurt and not just sit around the airport all afternoon.

Train Ride along the Coast of Italy
Frankfurt Airport Shenanigans!