Today is a short post with a fun fact about Paris!

When we took the Segway Tour the tour guide was awesome and gave us a lot of random fun facts about the city that we otherwise never would have learned. One of the stops we made was in the center of Paris and she explained how Paris was all about having everything centered. I think I would have gotten a long well with them as I’m the same way. 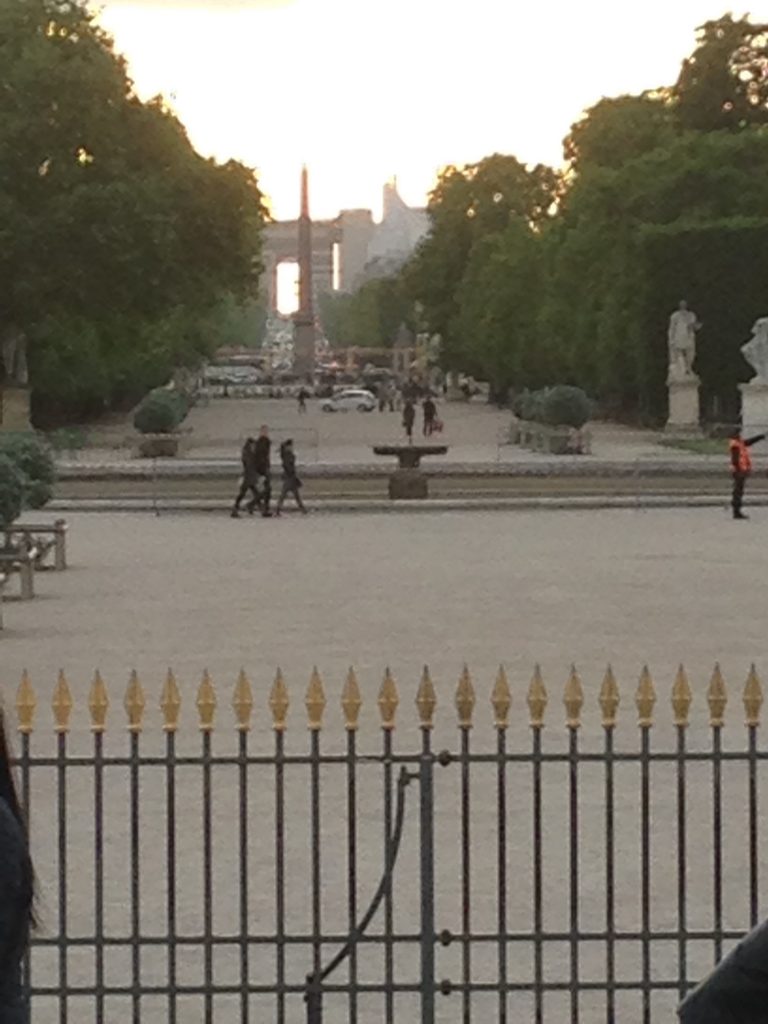 All of the main architecture is centered along the middle of the city as you can see in the photo above (sort of…it’s hard to see in pictures). Everything is aligned EXCEPT one building…the LOUVRE! It’s off by a LITTLE BIT. You can’t even see the Louvre in this photo I think the louvre was in the other direction and didn’t make a good photo….which is probably true because there were probably cars coming by.

The city of Paris was so OBSESSED in everything being aligned that they even looked into seeing how much it would cost to MOVE the LOUVRE so that it would be centered. Yes they wanted to move an ENTIRE BUILDING. I forget how much it was going to cost but it was A LOT of money! So instead they put a statue of a horse for one of the Kings near the Louvre instead and now it’s all centered away. 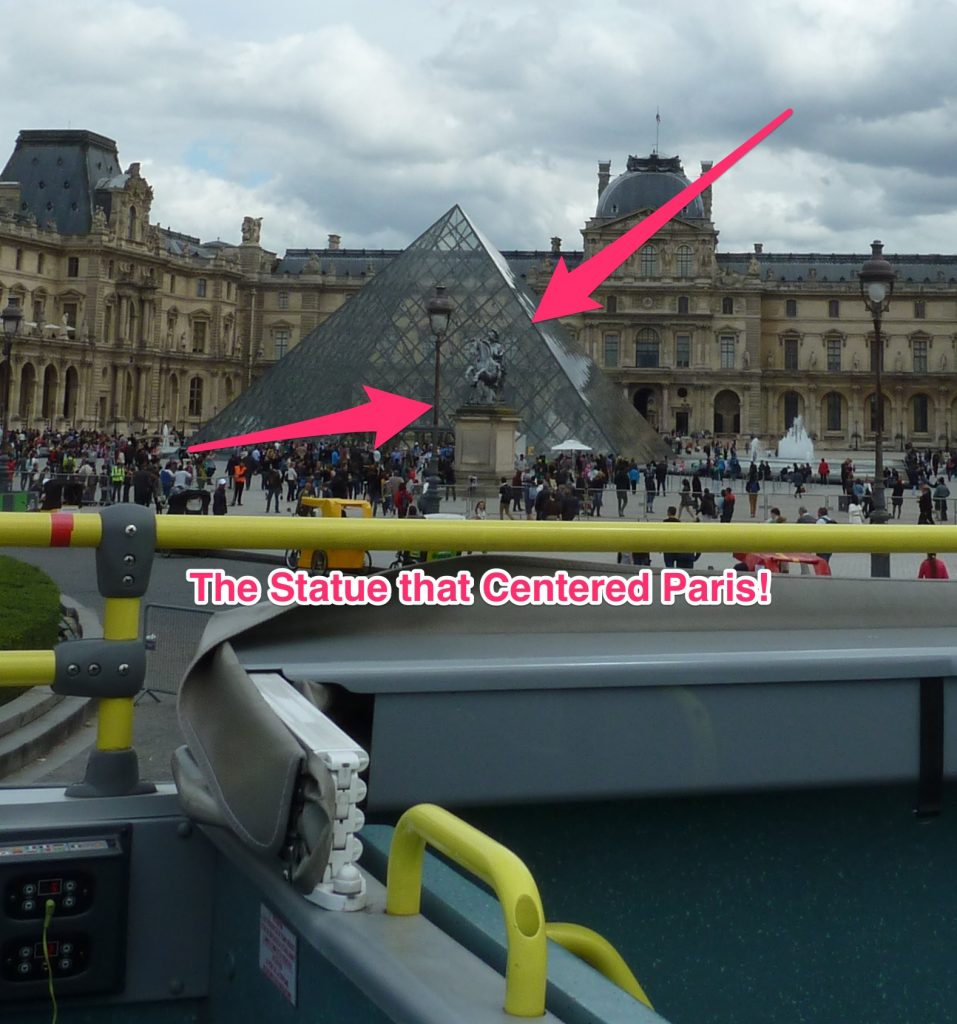 And here is a much better, unzoomed, dusk photograph of the centered items of Paris. 🙂 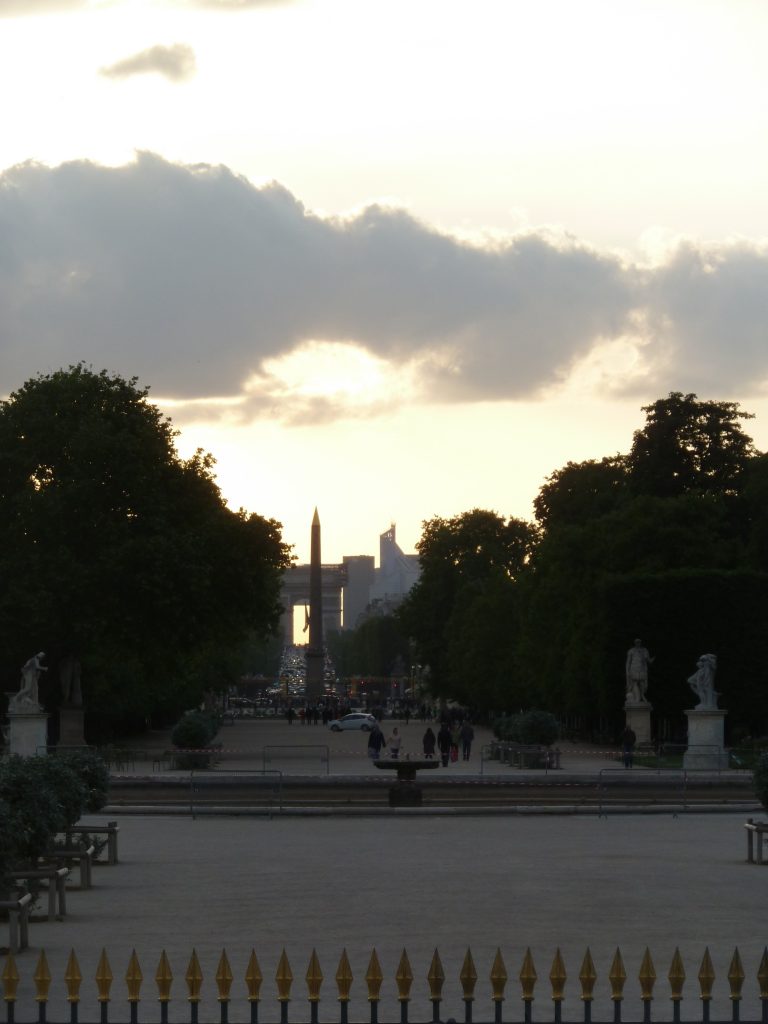