Like I mentioned in a few of my recent Paris posts one night when we were in Paris we did a Segway tour. I had always wanted to do this and my mom surprised me with it when we got to Paris! It was a ton of fun and we learned a lot of quirky facts about Paris that I never would have learned.

This building is some kind of museum but originally started as a boarding school. This would have made a better picture if that RV wasn’t in front of it! 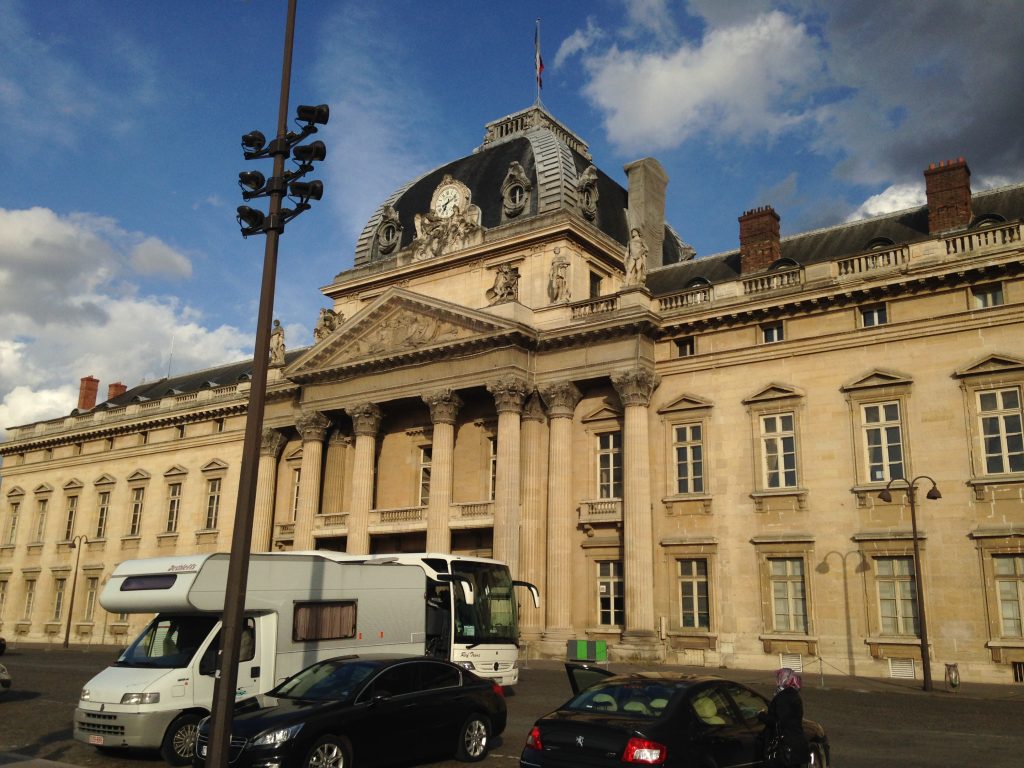 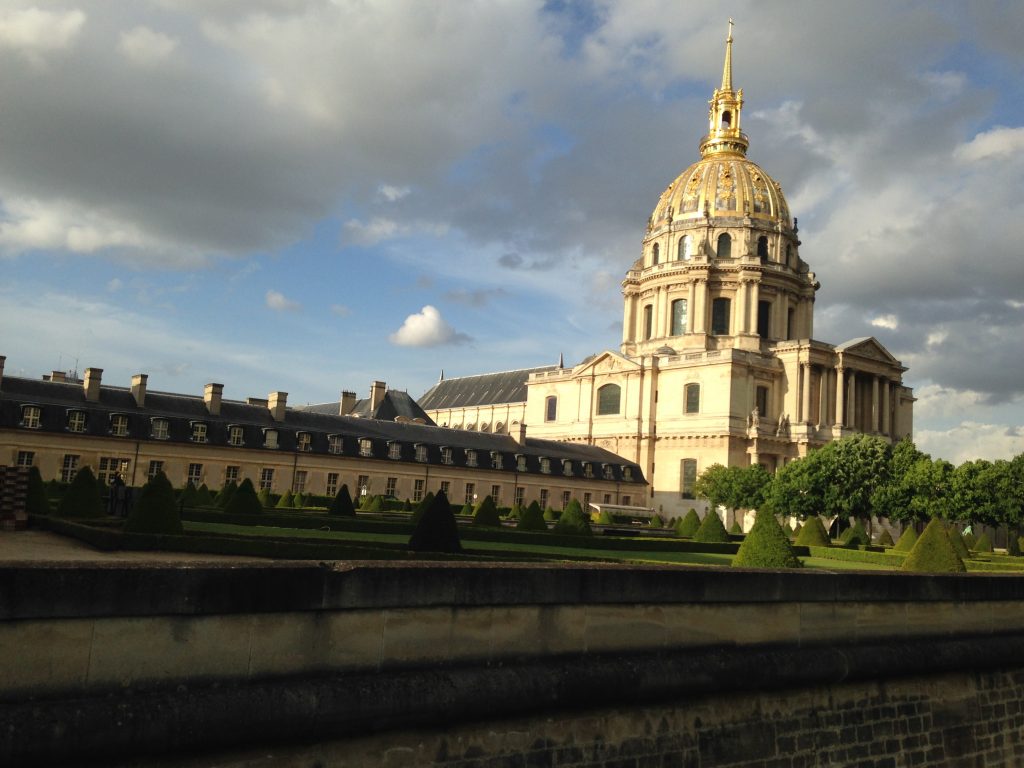 This was a neat building that we stopped at during the tour. This was a palace/home of one of the King’s. He made a HUGE deal how he wanted this dome shaped building built. Then after it was done he said the dome was TOO BIG and the architect had to RE-DO it!!! Well the architect was NOT about to tare down the building so instead he built a SMALLER dome inside this building to make it look smaller. The king never realized what he had done as he only lived here for a few years before moving out to the countryside of France. 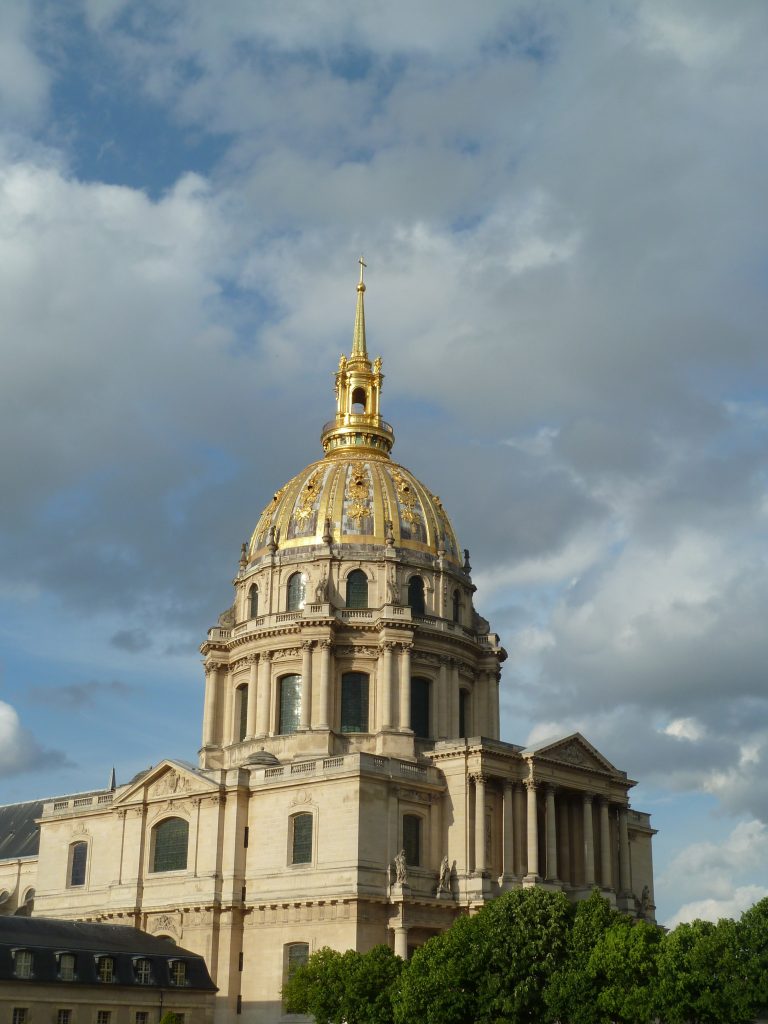 A little while later we went around the building and there was a pretty grass and trees area that just seemed like “classic France.” 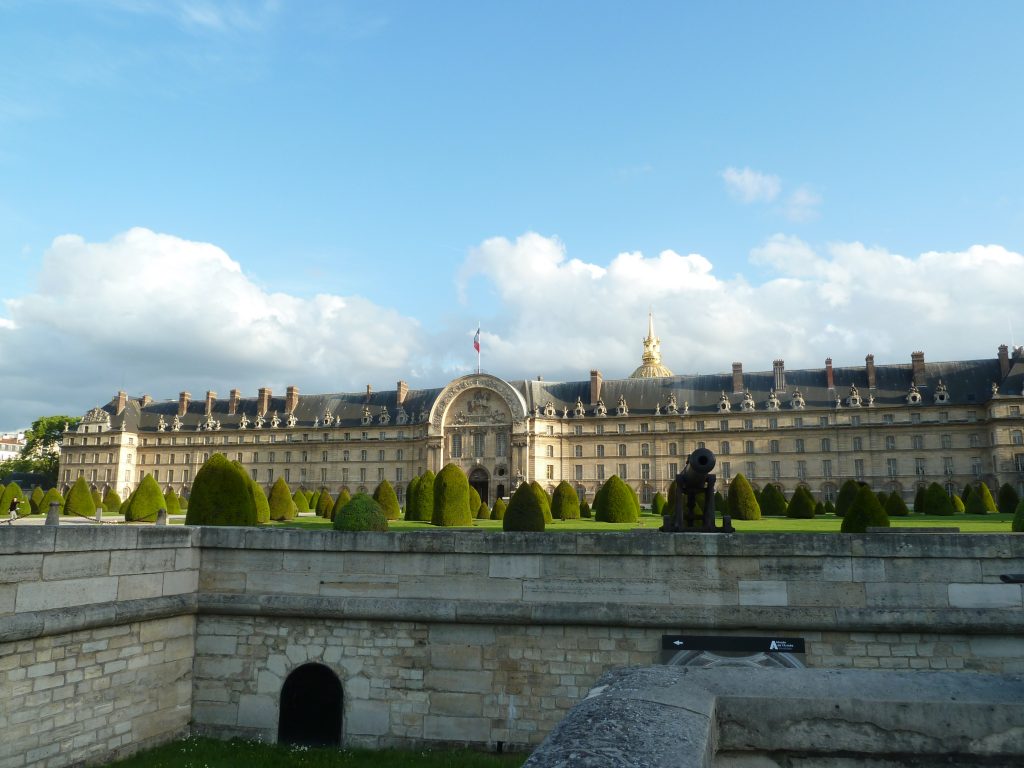 There were some cute little bunny rabbits jumping around the tress and the grass of the lawn on the other side of this building as well.

At one point in this area we passed this statue of someone that was beheaded. 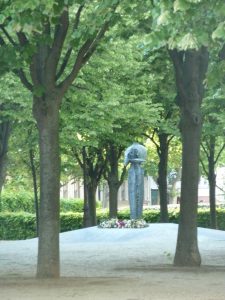 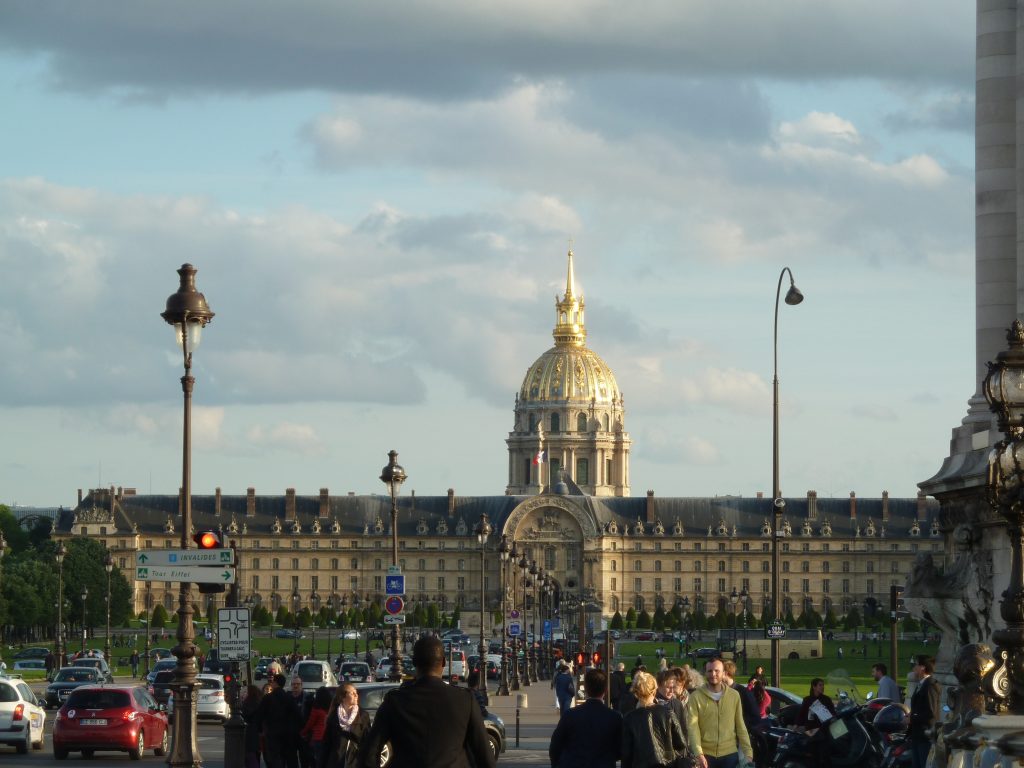 This was a memorial wall that was built for world peace. It was never finished on purpose because there isn’t world peace…if there ever is world peace they say they will finish it….. 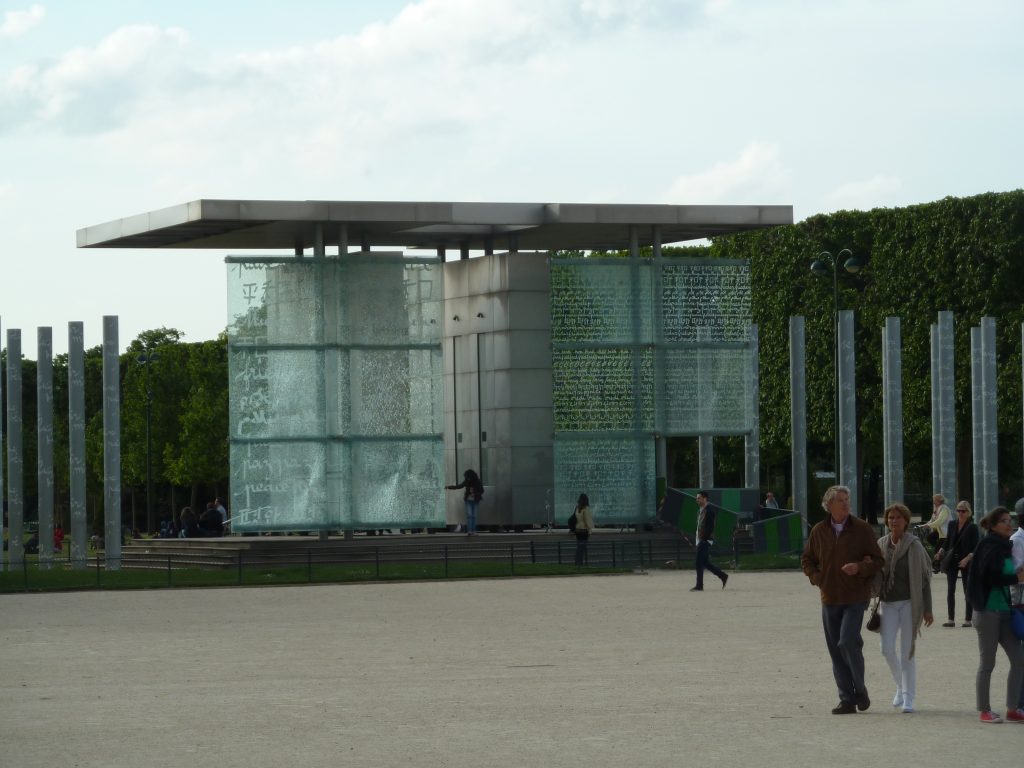 There was a king that was VERY short but he was all about his legs. I think that gold statue was built for him. 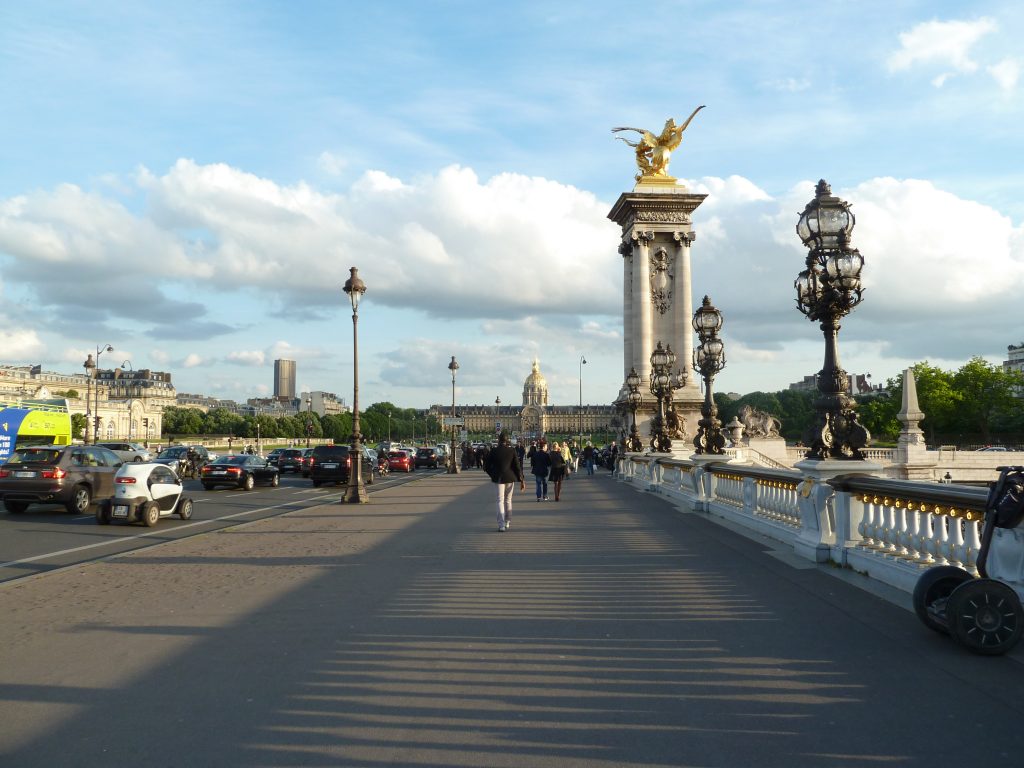 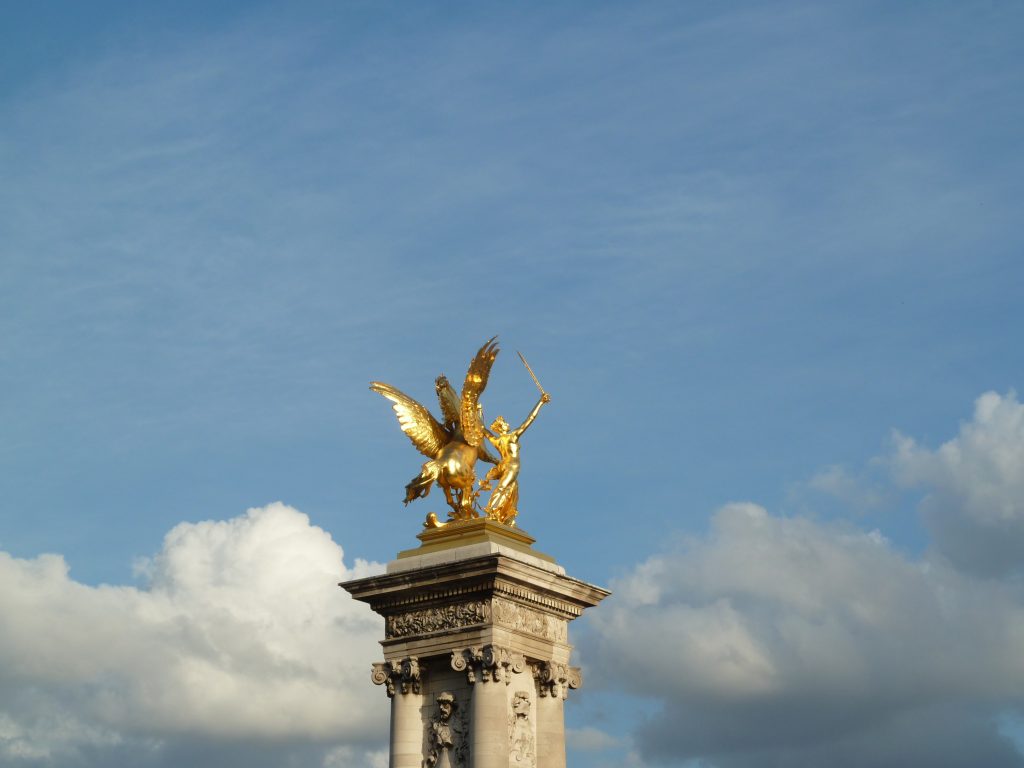 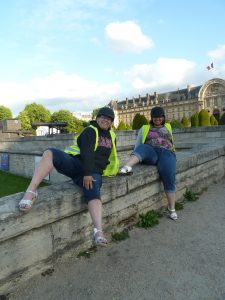 That is all the pictures of the first few stops of the Segway Tour. Tomorrow I’ll continue our tour through Paris! If you need to catch up on my other 31 Days of Europe posts you can go to my landing page!