Another day another place in Europe to visit! After the first 4 days of the series I realized if I kept that pace up I was going to run out of things to write about before the end of October so I’m going to have to slow my pace down. Today I’m going to share some pictures I took from the train.

As I mentioned on Friday we took the train from Rome to Pisa. Spent the afternoon in Pisa and then took the train from Pisa to Milan.  When you book your train tickets you have no idea what kind of route they will take to get to your destination. When I originally looked at the map Pisa I didn’t realize how close it was to the Sea.

So when we took the train to Milan it went all along the coast of Italy and didn’t turn North until about Genoa. 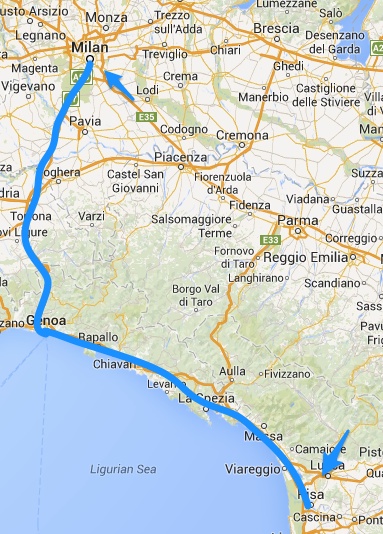 Anyway back to my train ride. The train from Pisa to Milan was SUPER EMPTY! We actually were supposed to sit in this compartment that had 4 seats facing each other (so 8 total) and there were some backpackers in there…but the next compartment over was COMPLETELY EMPTY so we just went there and no one ever bothered us. The train ride was on the long side about 5 hours and we only had snacks so we were STARVING when we got to Milan and we didn’t have much time AGAIN before our night train to Paris so alas we ended up at Burger King #ItalianFoodFail. It was also like 10pm so a lot of stuff was closed.

I think this picture was when we were waiting for the train in Pisa…but don’t take my word for that….I’m the worst travel note-taker EVER!!

The train went so close to the water! It was so cool!! 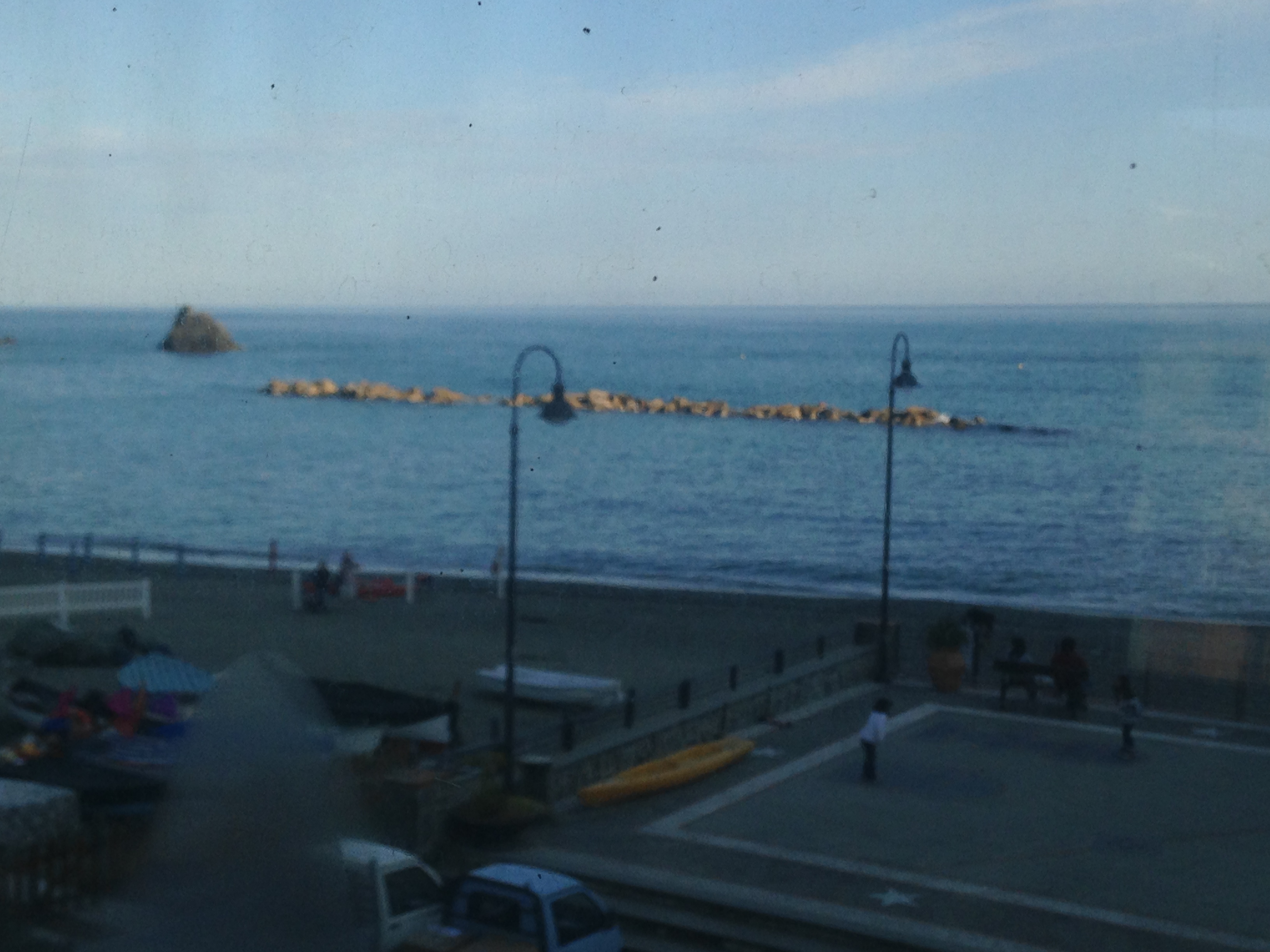 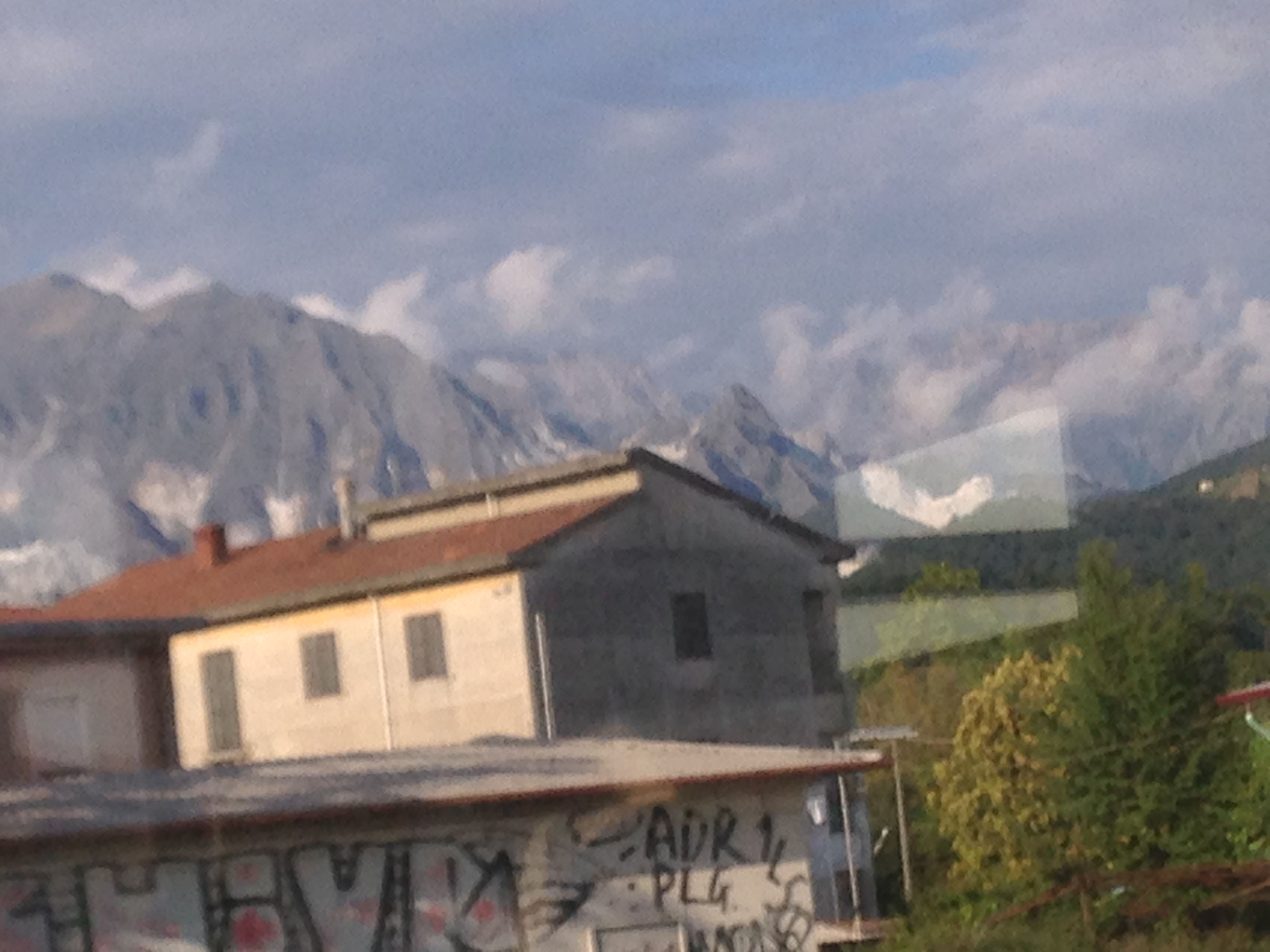 That’s all I have for today! I’m totally a Sheldon and LOVE TRAINS! We’ll see where we go tomorrow. If you need to catch up on my other 31 Days of Europe posts you can go to my landing page to catch-up!