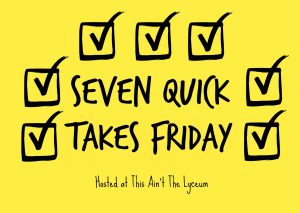 HELLO my dear 7 Quick Takers!!! Long time no see! I started writing this post so long ago that the things I did write aren’t even relevant anymore!

Life has been so crazy and busy I have barely blogged. I really want to get back into blogging this year and want to get some of my drafts actually onto my blog.

Since my last 7 Quick Takes which was in AUGUST (man how did I let it get that long) a lot has happened!

I did 31 Days of blogging in October because I’m crazy.

I did a bunch of Not Alone Series posts.

I joined The Conquer Club. I outed my

I outed my relationship and love life.

As I mentioned in the previous take I hosted an Advent Writing Prompt Link-Up. Well as many of you know Lent is starting in less than 2 weeks!! OMG didn’t was just finish Christmas?!!?

Anyway since I had so much fun doing the Advent Writing Prompts and the people that participated did as well I’ve decided to do it again for Lent!

If you go over to my introduction post you can read more about it. I haven’t finished coming up with the writing prompts but will work on that in the next week or so. If you have any writing prompt ideas just let me know and I’ll include it in my prompts.

Funny story in this post I started writing I had this rant about making doctors appointments and “adulting.” *Sigh* I am still dealing with all this “adulting” stuff. But right now I am just glad that I am able to have a good health insurance plan that I can afford through the healthcare marketplace. It’s been nice the past year being able to see doctors without having to pay hundreds of dollars. 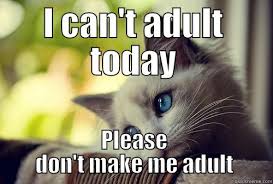 *Sigh* I am still dealing with all this “adulting” stuff. But right now I am just glad that I am able to have a good health insurance plan that I can afford through the healthcare marketplace. It’s been nice the past year being able to see doctors without having to pay hundreds of dollars. It’s also nice having a job with flexible hours so I can go to the doctors.

I enjoy blogging and writing but the thing that I struggle with is grammar. Which I know is weird. I got this Grammarly extension for chrome a few weeks ago and really enjoy it. It helps me with my sentence structure and spelling on the internet. Check it out you might like it.

I am currently working in a restaurant and earlier in the month we were closed for rennovations. I took advantage of the time off and headed down to Disney. No joke it was actually cheaper to go to Disney than Universal due to some really nice Florida Resident discounts going on right now.

It was a lot of fun and we got to do some things we have been wanting to do like eat in the Sci Fi Drive-In which is set up like a 1950s drive-in. It is really cool you eat in the dark in a car. 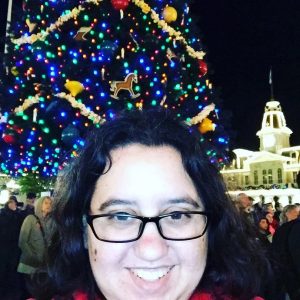 Small world (ha) my childhood friend was there at the same time and we kept missing each other in the parks. We were just following each other on instagram.

But the craziest thing happenned. I LOST my phone on one of the rollercoasters and they told me when the ride closed they clean it out and if they find it they’ll take it to lost and found and gave me a number to call. I figured if I did lose it that it was probably shattered so I got a new phone in the mean time. Then for kicks and giggles I did call and they HAD MY PHONE. They said it kept playing some Mary Poppins song. They mailed it to me and here it is..so crazy! 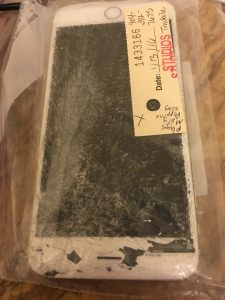 Tonight we are going to see a play/comedy act. I can’t decide what it is as all I have seen is youtube videos. It is called Late Night Catechism and it is this lady that dresses up as a nun and then tells tasteful catholic jokes. That is a really BAD description but that is the best way to describe it.

My mom saw her at a conference she attended a few years ago and still talks about how hysterical it was so when she found out she was coming to our city she quickly bought tickets for us and a few of her Catechists. See a video below: