So I haven’t posted in about a week. This past week I went to several different stores: Target, CVS, Walgreens, Publix, and Foodlion.

It was my first adventure of shopping in the drugstores using coupons. Let me tell you that is the MOST confusing concept to grasp because of all the rewards. Well this week was my first try at this confusion and well I got them all mixed up. Both stores had a lot of the same stuff on sale and YES I got pretty good deals but I got some of my deals mixed up and had I reversed some of my purchases I would have gotten a better deal.

For example: I bought Pantene shampoo and conditioner at Walgreens and I got a pretty good deal (half off) but had I bought it at CVS it would have been free.

I also bought Pringles at CVS for about $1.25 a can but had I bought it at Walgreens they would have been $0.75 a can and I would have gotten some Walgreens bucks back for a future purchase.

Oh well we live and learn. It wasn’t that big of a deal just some amatur mistakes.

In Publix I hit some good BOGO deals which is becoming my favorite type of sales. I also got a $50 gas gift card for $40 which is about 20% off gas and these days every dollar counts when it comes to gas savings!

So overall I’ve been saving just about 50% when I go to the store which is a pretty good start. Eventually I hope to get to a point where I’m saving 90% like on  TV! But for now I think this is a great start! 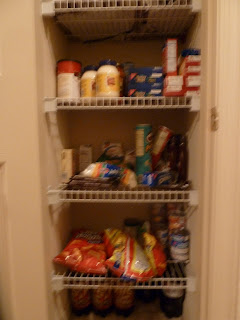 We will see where it takes us…who knows we may become one of those crazy families that has canned foods and soaps under our beds!

So long for now and I hope everyone has a great 4th of July!