This has been QUITE a week. I wasn’t effected by the storm but I still have tons of friends and family on the east coast that still don’t have power. We decided this week that we would make awful candidates for the Amish.

I got a catholic [christmas] catalog in the mail yesterday from Monastery Greetings. And they have the prettiest Advent Wreath in the catalog. I think I might get it. When I was little we had a really nice one and it uh burned when I was in middle school and we haven’t found a nice one since.

Even though the purple candles look red it’s still works 🙂

The same website as in #3 has some really cool “Nun” products. Look at this cool cookie jar: 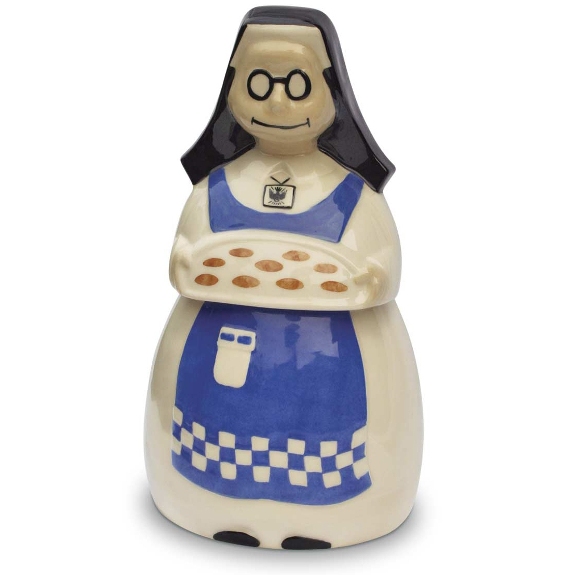 The last 2 weeks I’ve participated in a new link-up called: What I Wore Sunday. It’s about posting pictures of outfits you have worn to church. I’ve actually really enjoyed it and have loved the wonderful compliments I have been getting in my comments. YAY For self-esteem boosters. I hardly ever post pictures of myself and am a pretty shy/modest person and don’t always think I look good in my clothes/pictures. So it’s nice to see that others liked the outfits I picked out for Church.

Last fall RIGHT after Halloween I saw this on pinterest:

I thought it was so neat and was sad Fall was over I was unable to make it. When I was in

Publix last weekend I saw little pumpkins and we had avacado’s at home so I decided to make my own version on Monday:

I think it came out pretty good 🙂

Yesterday I Early Voted! YAY! So now I’ve done my civic duty and can block out all politic-ness until November 8th. And no I will not tell you who I voted for it’s a secret ballot after all 🙂