The last few days I have been recapping my trip to Greece. Earlier in the week I wrote about Athens and then yesterday I wrote about my visit to the island of Santorini. Today I am up to the last city we visited in Greece, Delphi. Delphi was a really interesting place to visit. It was in the mountains and a MAJOR change from the island life.

Like I mentioned in my Santorini post we took a ferry from the island to the mainland. We stayed in a hotel close to the port and in the morning we took a bus to Delphi. It was about a 2 hour bus ride into the mountain region of Greece. 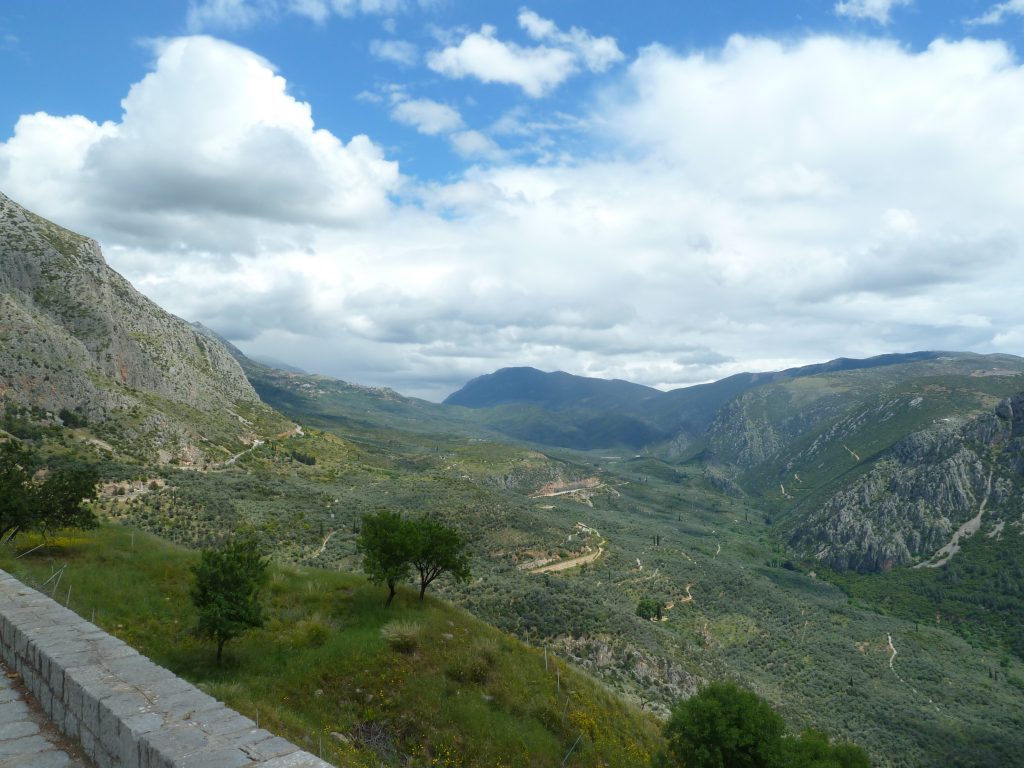 After we got checked into the hotel we went and had lunch. I remember this lunch had an awesome view of the mountains and it was a TON of food. They gave us a dish full of appetizers that we thought was the full meal. Well it wasn’t then they brought out this chicken and pasta dish…it was so good! It was similar to a dish I have made at home.

After lunch we headed to the Archeological Museum of Delphi. This museum was really neat it was half outside and half inside. The outside part we got to walk within all the huge ruins that were found there and then we went inside to see all the artifacts that they found in the ruins. I wrote more about it here. 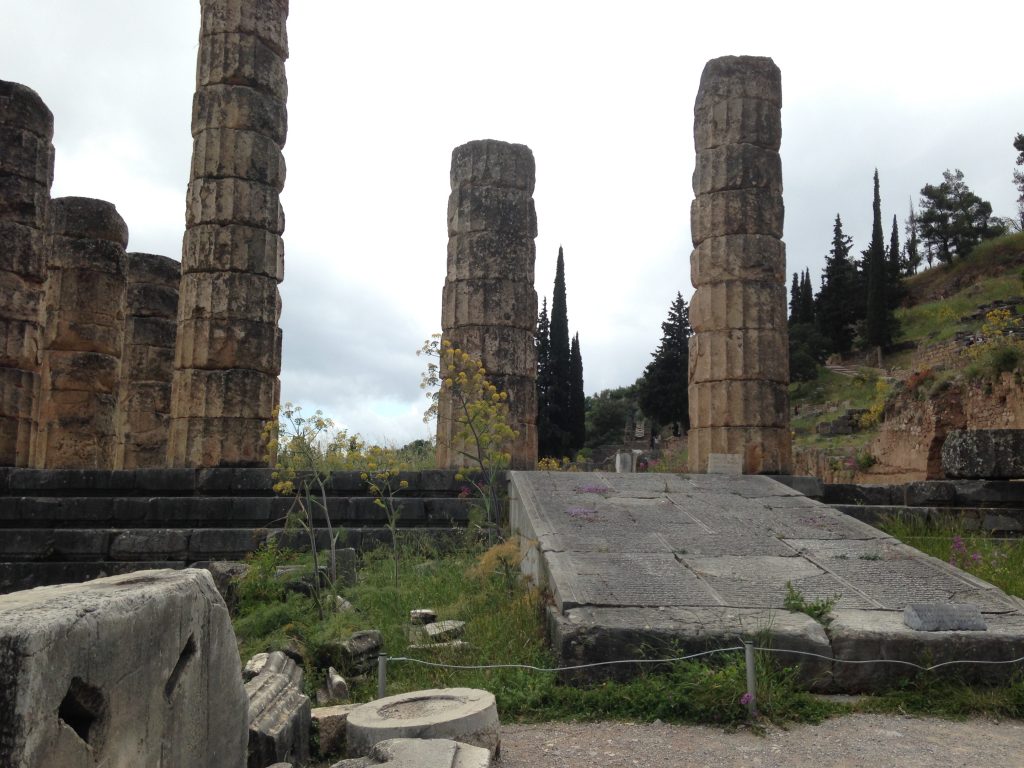 The next day was a free day. Some students went off to climb a mountain I decided to stay in town and walk around and relax. We were going to go to the next town and walk around but missed the bus. We found a small Gyro place for lunch they were so cheap and so good!! YUM!! Sorry don’t have any pictures of them 🙁 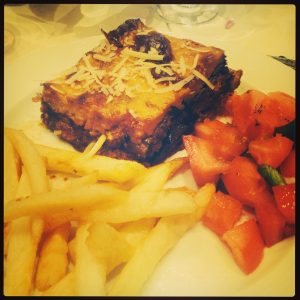 r that night at the same place we had lunch the day before but it wasn’t as good. We had Moussaka which was described as Greek Lasagna. I prefer Italian Lasagna LOL

I thought it was really interesting how french fries were served with almost every meal in Europe. Where in the United States it seems rare for fries to be served with “fancy meals.”

After dinner we all just hung out and talked about the trip so far. By this point in the trip we had gotten to know each other pretty well so it was a lot of fun. I wrote more about this day of the trip here if you would like to read more about Delphi.

After writing all these recaps I REALLY want to go get eat some Greek food. Now I have officially finished writing about Greece. I can’t believe the series is almost over! Onto the next country!