Hello readers from ROME, ITALY!! I’m sorry I haven’t updated much the last week or so but it has been a whirlwind! I want to thank Jen for posting some guest posts for me the last 2 weeks! I have enjoyed them and hope you all have as well. The last few days by the time I got back to the hotel I was beat and posted a few photos to instagram and went to bed. So make sure to be following me on instagram (@Bstar0306)to see some of the day to day photos. Once I get back to the states and recooperate and get on a REAL computer I’m going to do a detailed day to day or at least city to city recap.

So here is a little recap of what I have done so far. In Greece we went to Athens, Santorini (an island you see in many movies), and Delphi (a mountain area where you can meet the oracle…j/k).

Then I met up ith my mom in Frankfurt, Germany. Note to self: never try and meet someone there that airport is HUGE! We were both flying the same airline and came in 30 minutes apart and both said “just meet me in the baggage claim” thinking hey we’ll both be at the same baggage…WRONG. I had no idea there was an A Baggage claim and a B baggage claim. Thank god for free wifi in the airport we were able to text each other and find each other an hour later…okay not that long but it took awhile. We had a 5+ hour layover until our next flight so we took the train downtown and looked at some churches and ate German food 🙂 YUM 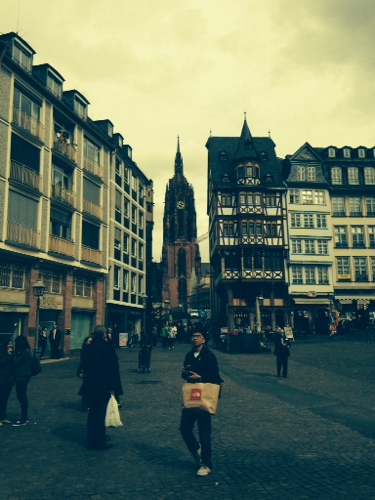 Then we set off for Paris, France! We spent 3 days there including one day we took a Pilgrimage to Lisiuex, France to visit the home of St. Therese that I have a deep devotion towards. It was really cool to see the church and city that she was from and to see the church they built from her. The basilica is HUGE you can see it from the train station. I’ll have another post that goes into this visit in much more detail. 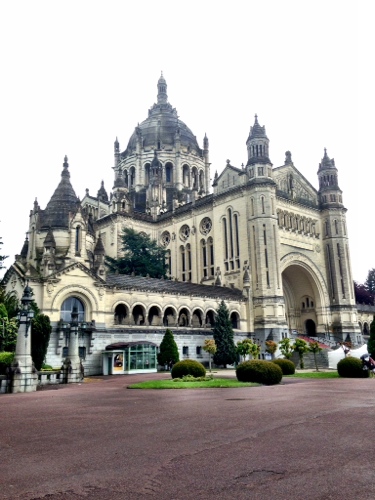 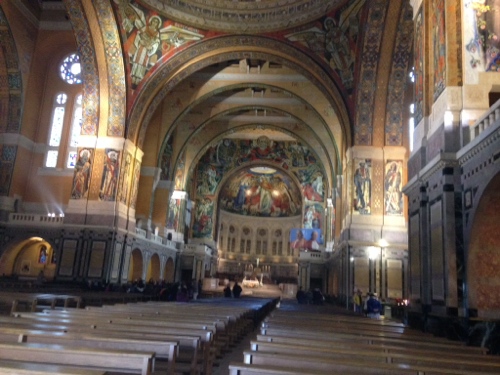 Inside the Basilica in Lisiuex

Then we took a night train from Paris to Verona. Spent the day in Verona which was basically a bust because all the things we wanted to see were closed or we couldn’t find them and we were EXHAUSTED from being woken up early in the morning. Then we took a high speed train from Verona to ROME!!

Rome has been awesome but man my allergies have been KILLING ME. I’m glad it’s not just me I spoke with someone else earlier and they said they have been having the same problem. So far in Rome we have done a lot of cool things. We took a Scavi tour that is SUPER hard to get into and we booked MONTHS ago. This tour was really cool we went underneath the basilica of St. Peter and saw peter’s tomb. Def. a great experience and something you should try to do if you are in Rome.

Today we went to the Wednesday Audience with the Pope, heard an awesome message about Fortitude and remembering the purpose of our ministry, got a lot of items blessed, went to the Vatican Museum and saw the 16th Chapel…man that was the LOUDEST chapel I have EVER been in! But it was really awesome to see. As I was walking through the museum I was thinking, “Wow these are all the paintings I’ve seen in history books for years!” My mom even catechized some lady in the museum that was going on about how the church needed to sell everything in the museum and help the poor….yeah she didn’t like my moms answer! 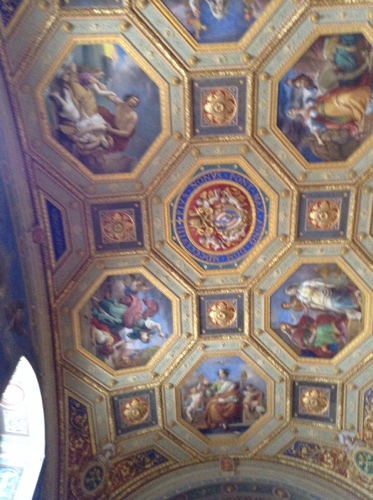 Tomorrow we are going to ride around, visit more churches, and see more sites. Then we’re headed to Assisi and Pisa later in the week. Until my next update Ciao!!