The awesome thing about the big cities we visited in Europe were there were TONS of churches EVERYWHERE. One of the days we were in Paris we went on a Segway Tour. We weren’t sure where we were going so we headed there pretty early. We ended up finding it with no issues had had about 2 hours to kill before our tour started. Across the street from the place we had to be was a church so we decided to go inside.

One thing I have learned as I go through my photos and stored memories of this trip is I LOVE taking a million pictures of things but I don’t love writing down the names of places and things I see. From the picture below I think this is St. Leon church. I took a picture of this sign outside the church but it’s in French. 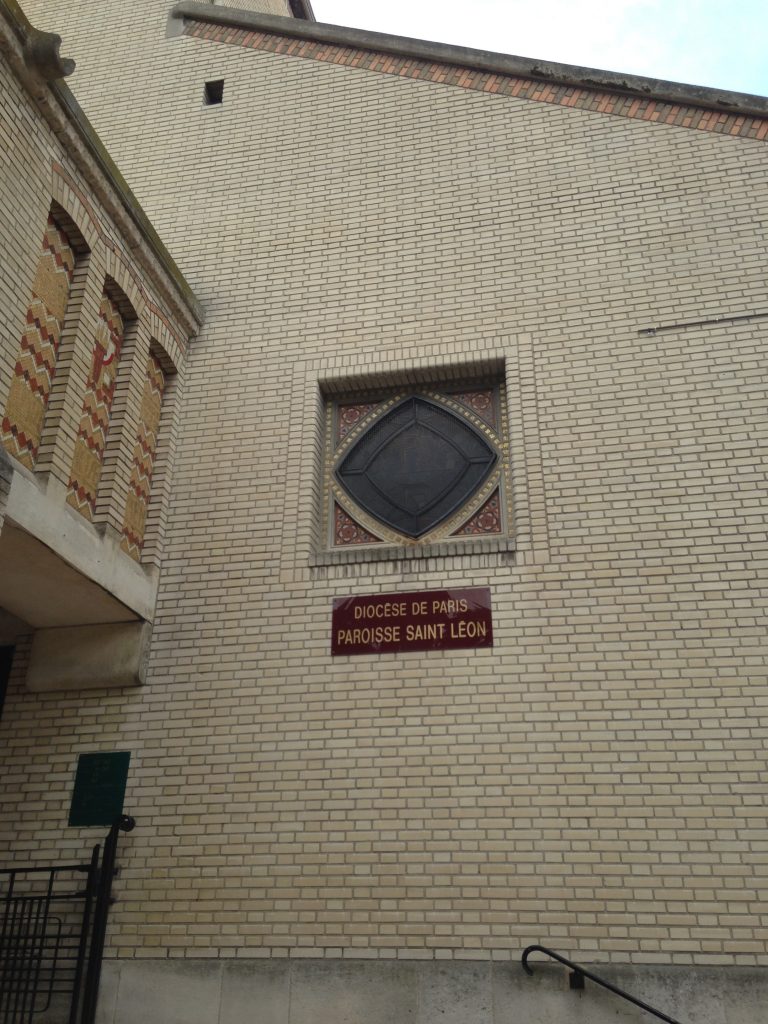 It was a really beautiful church. One thing that was interesting was a lot of the churches in Paris had chairs in them instead of pews. 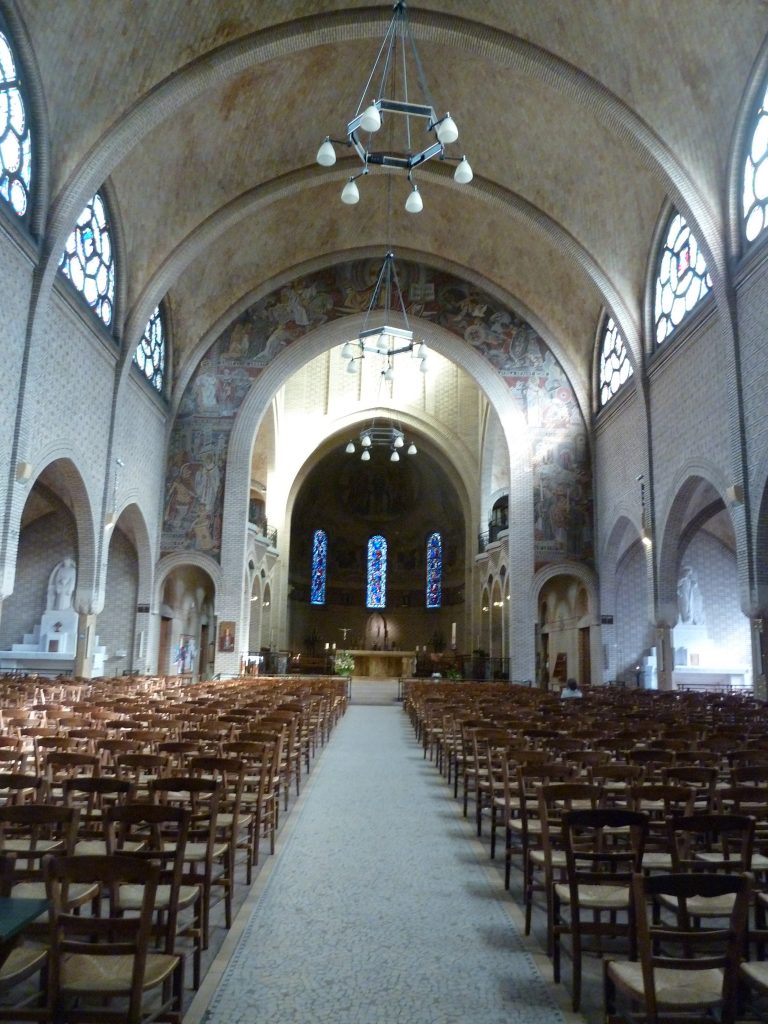 The mosaics in this church were very detailed. Here are some edited closeups of them. 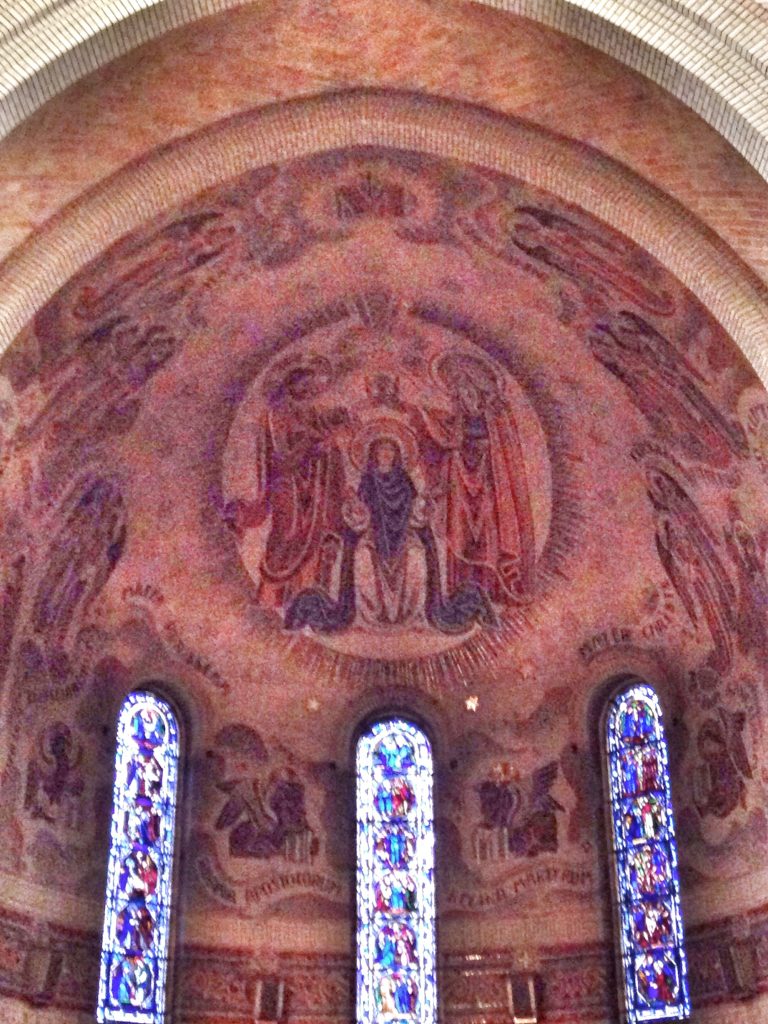 The one above is under the dome of the altar and the one below was on the back wall. 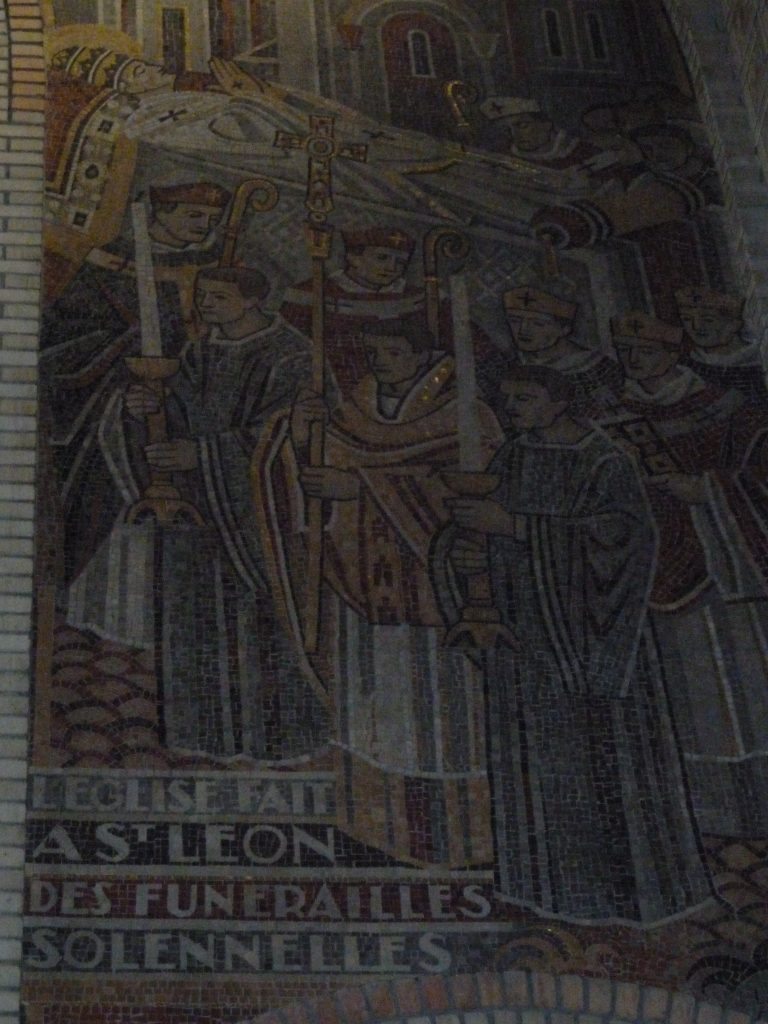 This church in particular had no kneelers except in the front few rows…they had other chairs as kneelers…it was kind of BIZARRE. Well that is what I’m assuming they were. 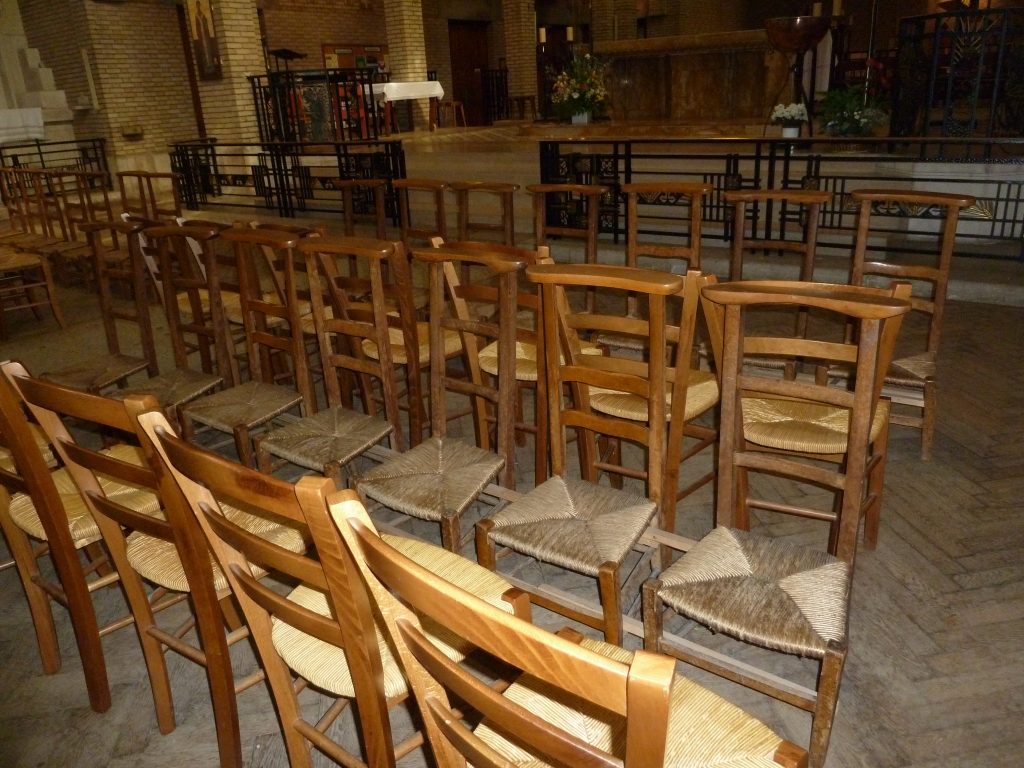 They also had some really pretty stained glass in the windows. This is St. Leon the churches patron saint.

My mom got a kick out of these super old fashioned confessionals. She posted this picture to facebook and asked, “Who remembers these?!!?” I guess when she was little they had similar ones at her parish. 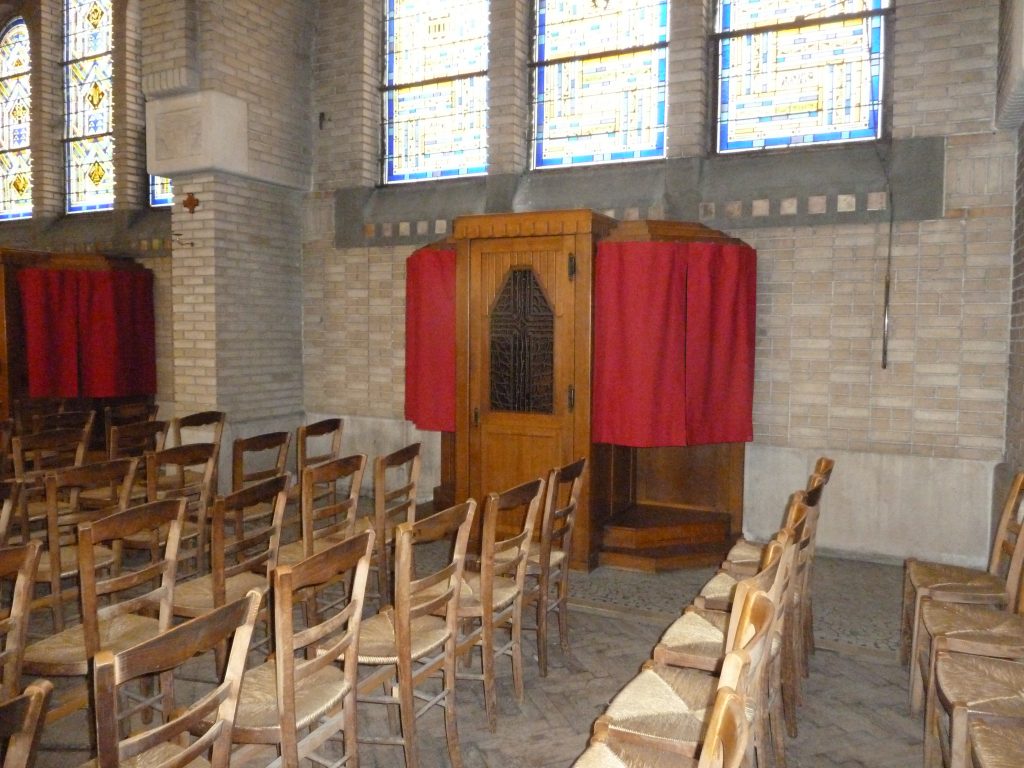 The churches in Europe had A TON of side chapels/altars/areas with candles to light. I thought it was really cool how they would have the candles in a box and you’d get to choose where to put them and light them. Back home it seems like all you have to do sometimes is click a button or light the candle. I liked the process of getting the candles from a box and choosing where to light them. 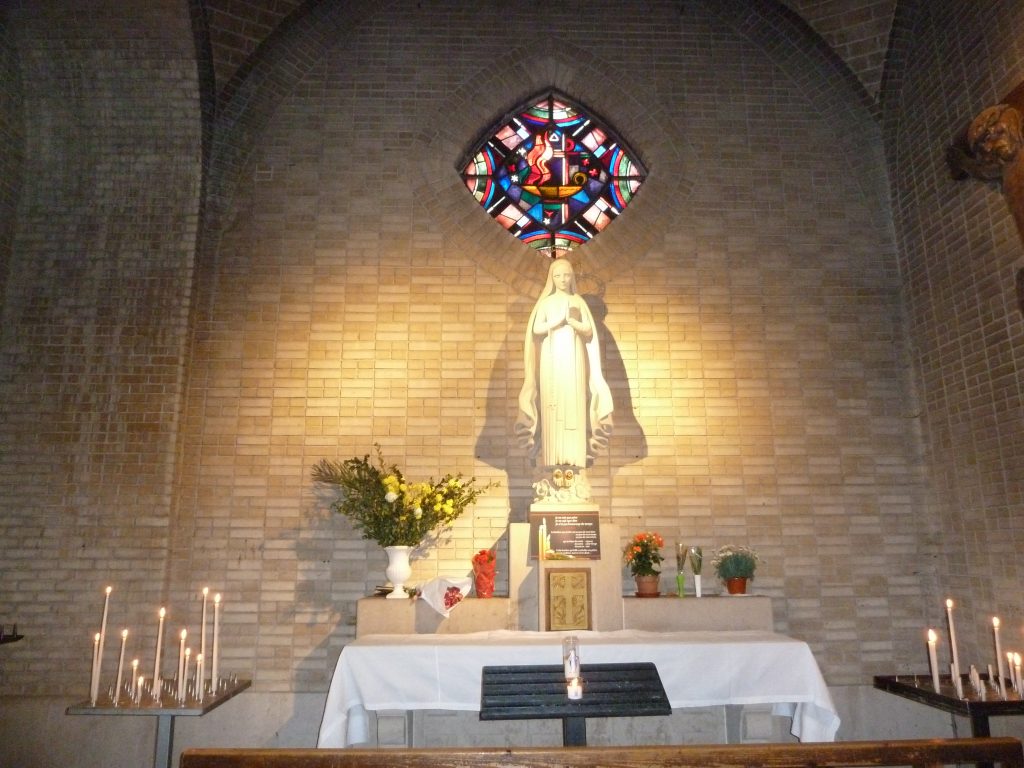 Three different areas you could light candles. Might have been more I only have pictures of three. 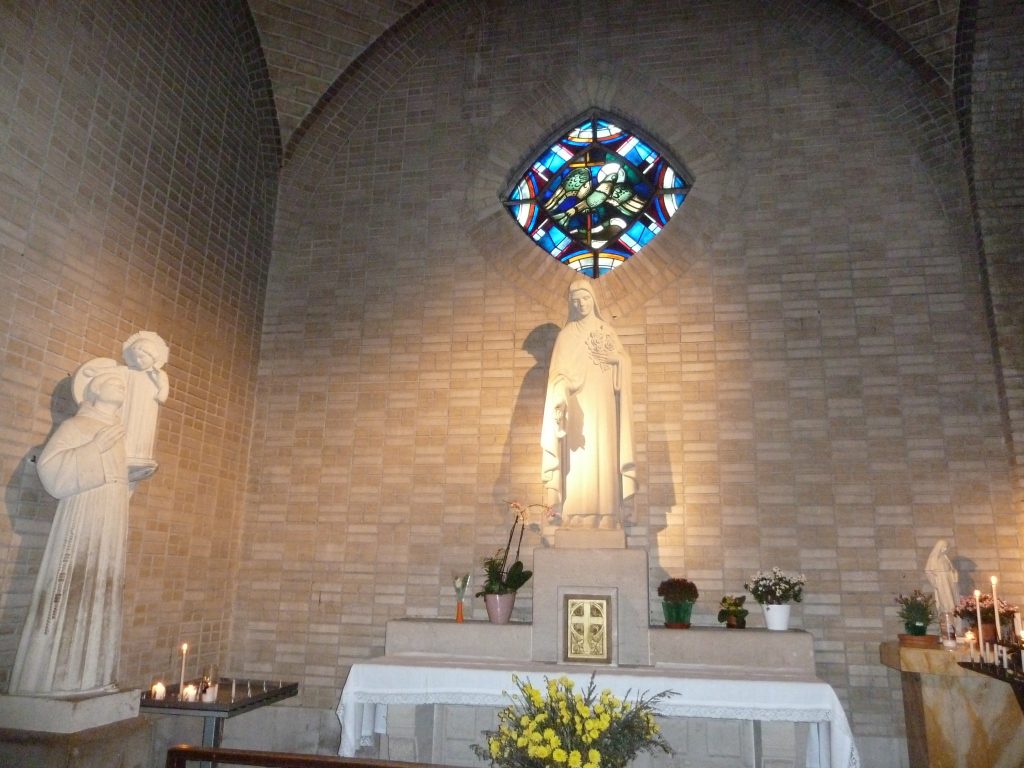 Below on the right you can see how the candles are in a little holder you pick them out. 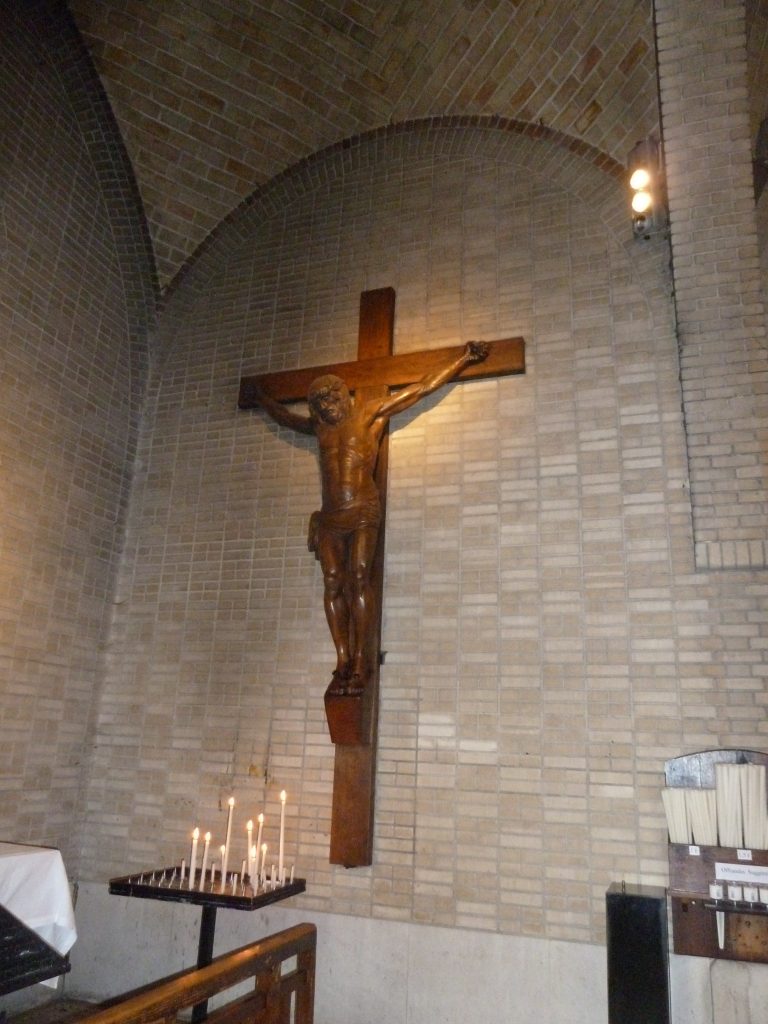 And of course every great church has their organ and choir loft! 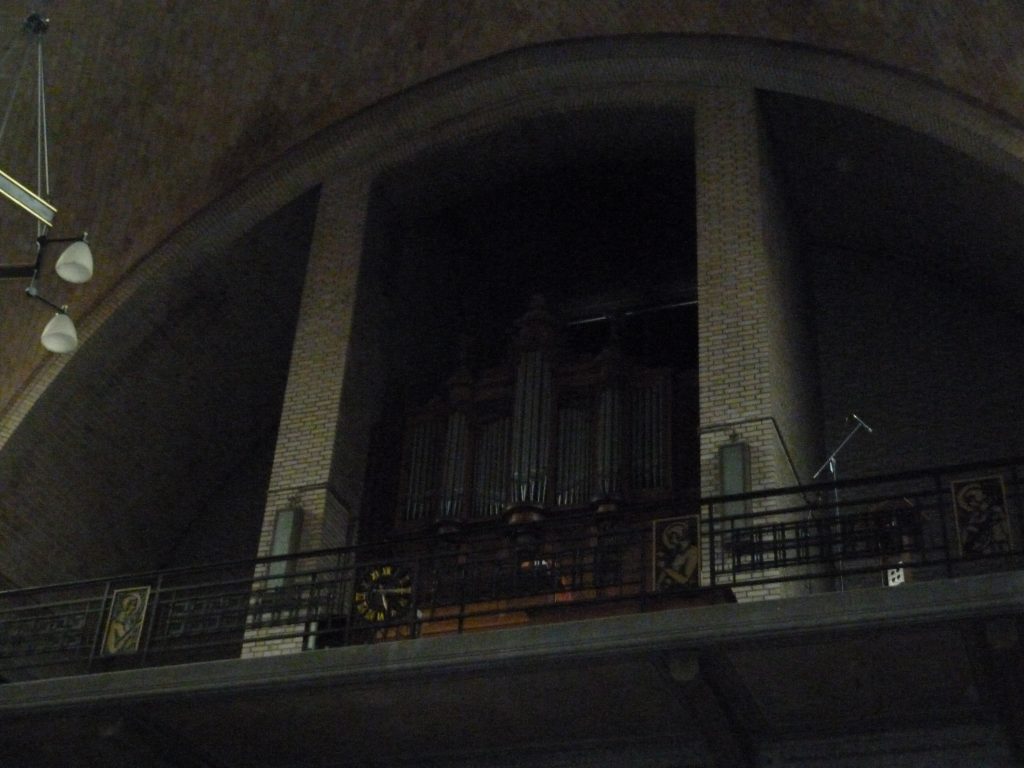 That’s all for todays post. Hope you enjoyed this tour of St. Leon Church. If you need to catch up on my other 31 Days of Europe posts you can go to my landing page!