I’M BACK for another week of the Not Alone Series!! I wasn’t really following this series when the challenge was announced but I actually did some of the things they told us to do on accident! So here it goes! 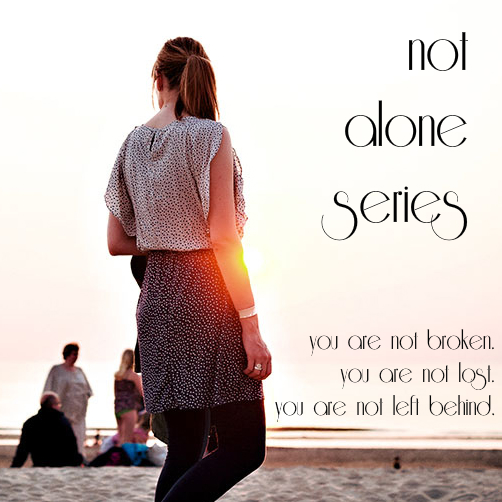 The challenge they gave everyone was to go out and join a group, young adult group, or join an online dating site or go on a retreat to help further discern our vocation. I’ve basically dabbed in all of these things over the past few years. In the course of the last few months I messaged back and forth with several different guys on online dating sites but I didn’t get very far. I got really close to meeting one and then he fell off the face of the earth. He even went as far as to changing his phone number so I couldn’t contact him ever again! Just last week one guy bluntly told me all he wanted was to “get laid” his words not mine (don’t worry that wasn’t on a catholic site and I quickly blocked any further messages from him). My Catholic Match subscription expired last month and I had decided I needed a break from online dating to reevaluate what I was looking for and to just take a breather from the craziness. I can say that I loved chatting with people on the site in the forums and the chatrooms. Beyond all the frogs that I encountered I found a ton of really nice people who are actually devout catholics just looking for friendship and love.

New Groups? Yeah that’s a hard one. I am actually in a TON of groups on meetup.com but most of them are over an hour away from where I live. I also get a TON of emails from those groups about Speed Dating. I even got an email about Speed Dating for Christian Singles. Sounds intriguing and I was all set to actually give it a try buy it’s the same night as my night class. Maybe they will offer it again on a Thursday evening. I’m by far an introvert but at the same time I’m not scared to go to things alone or meetups or groups where I won’t know anyone. I don’t know if that makes me weird or maybe I’m not as much an introvert as I thought I was. Although I know extroverts that won’t go to things alone so who knows. At the same time I started doing it because I was sick of having a pity party for myself for not having any plans/things to do because uh if I’m sitting at home well duh I’m not going to meet anyone!!

It’s true you can pray for your future husband all you want but he’s not going to just appear out of thin air while you are eating popcorn and watching chick flicks. Although if it worked that way that would be AWESOME!!

I totally cheated at this link-up. I went and read everyone else’s posts and then wrote mine. And I really liked what Jen wrote about getting more involved at her parish. This summer I’ve actually worked on doing that or planning on what I’ll be dong this school year. This Friday I am going to a Theology of the Body for Middle Schoolers training that the diocese is providing. Our pastor even asked a few weeks ago what “we were doing about TOB” and it was awesome that my mom was able to say, “Oh we are sending so and so to the middle school training and so and so to the high school training.” Brownie points to my mom with her boss. I’m hoping to meet people at the training and learn about the program to implement into our middle school program that I will be helping to teach twice a month. I’m also going to be helping to teach the confirmation prep classes this year as well as the retreat which I’ve been doing for several years. There is also talks of starting a catholic group at my college and I’m sure I’ll be pulled into helping with that. It may take me awhile but eventually I find my way around and start helping out and getting involved in one way or another.