I’m going to be real in this post and not hide behind a screen that everything is okay. Because really it’s not as pretty as it looks. 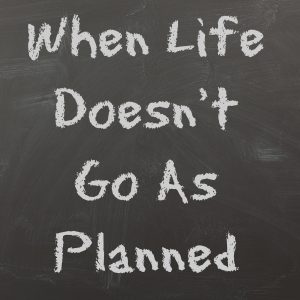 The last few months and really probably years I’ve really struggled with loneliness. I feel so alone in the world. I feel like I’m too weird to have any real friends. I get forgotten by people all the time. People seem too busy to talk to me. They don’t answer my emails, phone calls, text messages, facebook messages, or tweets. People don’t ever remember me. I’m afraid of offending people or being too sarcastic or weird I don’t say much when I am with people. I’ve had to move a lot and I can’t afford to live where I know people or where people my age actually live.

I HATE going to mass alone. I hate it so much some weeks I pretend to be in bed sick so I can get out of going without feeling bad about it. I don’t know that I’ll ever meet someone or get married. The only dates I end up going on end up being with crazy men that make me never want to date again.

My life at 28 isn’t anything what I thought it would be when I was younger. I always thought by now I’d be married with maybe a baby. I’d have tons of friends I could talk to all the time..or at least a husband to talk to. I wouldn’t have to work because I’d be home with the kids and my husband had a good job. Or I’d have a job that was so fulfilling it wouldn’t bother me to work. I like what I do but it’s not what I went to school for. There are days I loved my college experience so much I wish I could go back because back then I had a thriving social life and spiritual life. And there are times I regret it because of all the debt I received by going without job prospects that have allowed me to pay any of it back.

Instead I graduated into a crippling economy with older employers that seem to hate millennials, college education, and only care about the millions of years of experience people have. At 28 it’s impossible to have 10 years experience doing an entry level job. Sorry just not happening.

I’m grateful for my internet life and my online friends but it doesn’t replace the panging loneliness I deal with day in and day out. People say that relationships can’t change the loneliness and that needs to change within you but right now I feel like my lack of relationships and things to do is why I’m lonely. Whatever you don’t have to agree with me.

What I’m going to do to fix this I have no idea at this point but in 2015 I think I’m going to throw myself into my work and at least try and make more money to get rid of some debt. I want to create a better working schedule so my work isn’t so sporadic. I think I might look into renting a co-work space so I’m not always having to work at home and have an office space to work. Even though it’ll be about $100-$200 a month it might be worth it as a place to go to and be able to work and be productive and maybe meet some people who work a similar job as I do. I’ve gone back and forth on it for a few months and some say they are worth it and others say they are a waste of money. You don’t sign a contract so if I don’t like it I don’t have to go back.

I really want to do a lot of traveling in 2015. I’m planning on going to St. Louis in May for the Stubenville Young Adult Conference. I really need a retreat and I really wanted to go to that this year but it was literally right when I came back from Europe and didn’t think it was a good idea. My diocese has a Eucharistic Congress in March that I’ll attend as well. Cardinal Dolan is speaking and I’m going to get to meetup with some twitter friends which will be fun!

I’m going to NY in February to visit family and to go to the cemetery that I’ve been wanting to do for awhile. And in June my whole family and cousins (about 10 of us) are going on a cruise to the Bahamas and then spending a week at the beach. In October I’m going to a retreat/meetup with some online friends and I really want to go to a blogging conference somewhere between there but I haven’t decided which conference to go to. I might go up to Atlanta for their Eucharistic Congress and the CNMC as well but I haven’t decided and am waiting for more information to be posted before I make any decisions on that. And as soon as the pope announces his papal mass schedule for next fall I’ll be making a plan of some sort to attend a papal mass either in NY, DC, or FL (there are rumors he’ll come down here for the 450th anniversary but nothing has been confirmed).

So in the end I guess I have a lot to look forward to next year even though I’m still struggling with the cross of being lonely and being bored 80% of the time. And the constant struggle of being an older single in a family/couple oriented world/society. One day I’ll look back at this season and be thankful for these lessons even though they seem like such a crappy set of circumstances at the moment.